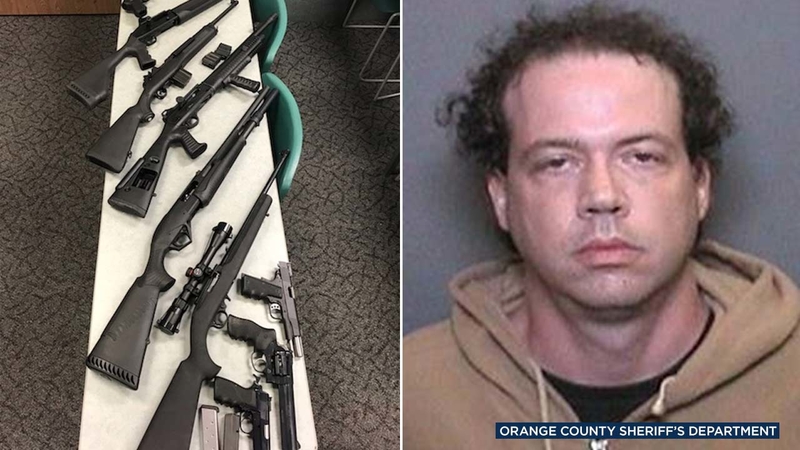 ALISO VIEJO, Calif. (KABC) -- A former student at Soka University of America in Aliso Viejo was arrested after threatening a "killing spree" in YouTubes videos.

According to the Orange County Sheriff's Department, David Kenneth Smith, 40, was arrested on Nov. 2 on suspicion of making criminal threats.

Investigators received reports about Smith engaging in an email exchange with an instructor at Soka University. The emails discussed disciplinary action against Smith for marijuana use when he attended the university in 2008.

Smith's frustration in the emails escalated until he finally emailed the instructor a link to a YouTube video that showed Smith sitting with a semi-automatic pistol on his chest talking about the university.

Smith's YouTube channel also included multiple videos recorded in recent days in which he talked about his desire to engage in a "killing spree." In some of the videos, Smith is seen holding a firearm, authorities said.

When Smith was taken into custody, investigators recovered nine firearms, all of which were registered to Smith. The firearms were loaded when they were confiscated, officials said.

Investigators believed Smith's threats were credible and an attack was possible.

Barbara added that Smith was extremely violent and often talked about guns with other tenants.

"Very unstable. If you said something that angered him or demeaned him, in his eyes, you could be sure in the middle of the night something would happen," she said.

Smith was being held on $1 million bail and was charged in court for making criminal threats.

Members of the Joint Terrorism Task Force and the Orange County Intelligence Assessment Center worked on the case in concert with OCSD investigators in this case.

Meantime, students at the small campus said they were on edge.