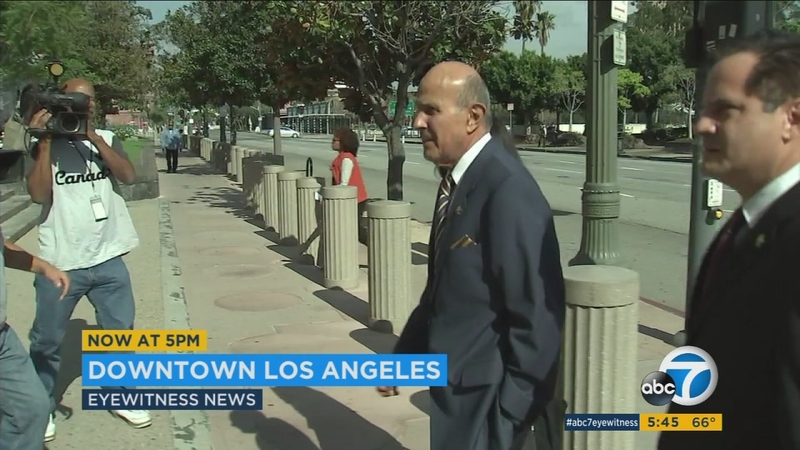 LOS ANGELES (KABC) -- Attorneys for former Los Angeles County Sheriff Lee Baca were dealt setbacks in his corruption case in court Monday as they had two motions shot down by the federal judge.

Baca has been indicted by a federal grand jury for conspiracy to obstruct justice, obstructing justice and lying to the FBI over corruption inside county jails.

The charges are related to an FBI investigation of civil rights abuses and corruption in the county jail system.

Baca had initially agreed to plead guilty to one felony count of lying to the FBI. He later withdrew his plea when the judge rejected the plea deal and proposed maximum six-month sentence as too lenient.

Baca's attorneys had sought a change of venue for the case, as well as the removal of the lead prosecutor. Both motions were denied Monday.

The change of venue was sought because they felt pretrial publicity, including Baca's initial guilty plea, would prejudice the jury pool. But Judge Percy Anderson said given there are 7.5 million people in the district, they should be able to find impartial jurors.

The attorneys sought the removal of the lead prosecutor because they want to call him as a witness. Again the federal judge shot that down, noting there are plenty of other witnesses. The request, Anderson said, was akin to the Buffalo Bills asking for the removal of New England Patriots quarterback Tom Brady from the playing field.

Legal expert Miriam Krinsky, a former federal prosecutor, said the defense appears to be setting up grounds for a possible appeal in case Baca loses.

"Essentially what he's saying is we're going to take a long hard look at how the prosecution tries this case and whether he interjects himself in a testimonial way into the credibility of this case," Krinsky said.

Baca's attorney, Nathan Hochman, said despite the rulings against him, he believes the judge will rule fairly and the jury will agree with the defense.

"I think the judge is going to call the balls and the strikes as fairly as possible," Hochman said. "Ultimately this is going to come down to the jury."