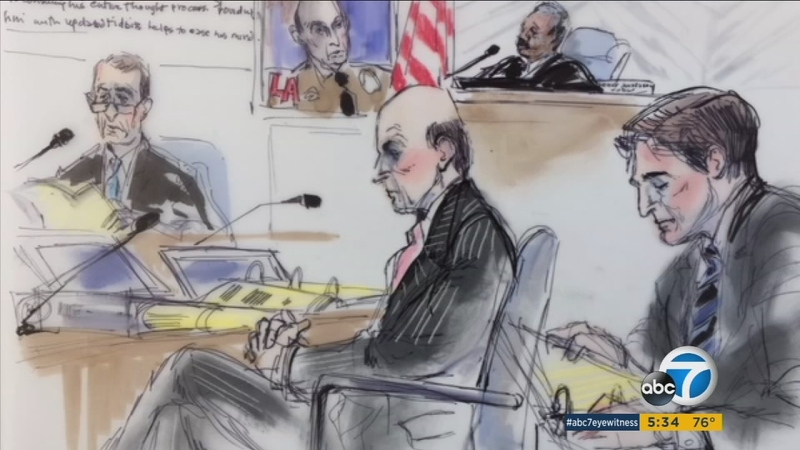 The retired captain, Tom Carey, testified that Baca approved a plan to intimidate the female FBI agent who headed the jail probe.

Quoting Baca to the jury, "Just don't put the handcuffs on her," said Carey.

Audio recordings appeared to support prosecutors' allegations that Baca lied about his involvement in alleged obstruction.

"I have no knowledge of our deputies trying to arrest an FBI agent," said Baca in a recording played for the jury.

Carey says he spoke to Baca at sheriff's headquarters a dozen times, updating him on efforts of a special task force formed to "get to the bottom" of what the FBI was doing.

Under oath, Carey stated that Baca was "absolutely aware" of deputies' actions.

The testimony is vital to the prosecution after December's mistrial. Some jurors said that while there were many records indicating that Undersheriff Paul Tanaka led the investigation, there were virtually none tying Baca to illegal acts.

The current jury viewed a video interview of Baca today describing his close relationship with Tanaka, describing how he mentored him.

"In fact (I) did raise him through the ranks," said Baca.

In this trial, Baca is charged with lying as well as conspiracy to obstruct and obstruction.

A former assistant sheriff, Cecil Rhambo, testified that he had warned the sheriff about stonewalling an FBI investigation.

Rhambo told Eyewitness News outside the courthouse, "I couldn't physically grab the sheriff and kind of shake him into reality to snap out of it... I just told him, really. Don't f--- with the feds."

Baca's defense says Baca's recorded statements were in an interview that happened a year and a half after the jail scandal broke in 2011. His defense team had planned to present evidence of the 74-year-old's Alzheimer's diagnosis, which might have caused memory lapses. The judge ruled though no such testimony would be allowed.