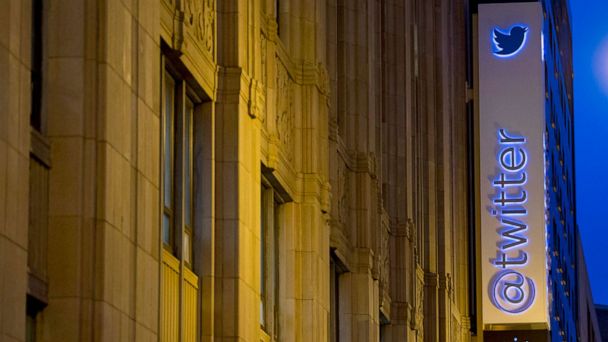 ABCNews
By JULIA JACOBO
Two former Twitter employees and a Saudi national have been federally charged with working for the Saudi government to access private Twitter accounts.

Ali Alzabarah and Ahmad Abouammo allegedly used their Twitter credentials to gain access to certain non-public information for the royal family, which could have been used to locate critics of the regime, according to the criminal complaint filed Tuesday in the Northern District of California.

Alzabarah, a citizen of Saudi Arabia and former resident of San Bruno, California, worked as a site reliability engineer at Twitter between August 2013 and December 2015, according to the complaint. He entered the U.S. in 2005 through a Saudi Arabian scholarship and obtained degrees in computer science from various universities.

Abouammo, a U.S. citizen who previously lived in Northern California, was a media partnerships manager responsible for the Middle East and North Africa region for Twitter and involved in assisting notable accounts of public interest, brands, journalists and celebrities for the MENA region with content, strategies and best practices, according to the complaint.

The pair allegedly were compensated for their actions with expensive watches, cash and other benefits, according to the complaint.

Abouammo first met with the accused Saudi national, Ahmed Almutairi in June 2014, when they also met with a foreign official for the Kingdom of Saudi Arabia, who was not named, who then "began cultivating employees of Twitter in an effort to obtain private user information that it could not obtain elsewhere," according to the complaint.

All three suspects -- Alzabarah, Abouammo, Almutairi -- have been charged with acting as an agent of foreign government without notice to the attorney general. Additionally, Abouammo is charged with destruction, alteration of falsification of records in federal investigations, which allegedly took place on Oct. 20, 2018, according to the complaint.

In a statement to ABC News, a Twitter spokesperson said: "We would like to thank the FBI and the U.S. Department of Justice for their support with this investigation. We recognize the lengths bad actors will go to try and undermine our service. Our company limits access to sensitive account information to a limited group of trained and vetted employees. We understand the incredible risks faced by many who use Twitter to share their perspectives with the world and to hold those in power accountable."

While in London for a Twitter global media summit in November 2014, the unnamed Saudi official gave Abouammo a Hublot watch, which he later looked into selling for at least $25,000 on Craigslist in January 2015, the complaint states.

Abouammo allegedly began accessing private Twitter user information within a week of the meeting in London, according to the complaint. One of user's email addresses he obtained through Twitter's computer systems was a "prominent critic" of the Kingdom of Saudi Arabia and its royal family and had more than 1 million followers. Abouammo allegedly accessed the user's email address at least six more times between January 2015 and February 2015.

Alzabarah had contact with Almutairi between February 2015 to May 2015, and Almutairi regarded him as "the only Saudi Arabian who worked at Twitter," according to the complaint.

In May 2015, Alzabarah met with a member of the Saudi royal court in Washington, D.C., and within a week of returning to San Francisco, he allegedly began to access, "without authorization," private data of Twitter users "en masse."

Through Twitter's computer systems, Alzabarah allegedly accessed user data for more than 6,000 users, including at least 33 usernames for which Saudi Arabian law enforcement had submitted emergency disclosure requests to Twitter, according to the complaint.

When Alzabarah traveled to Saudi Arabia between June and July 2015, he allegedly continued to access the private user data of "numerous" Twitter users, the complaint states.

When Twitter confronted Alzabarah about his unauthorized access of private data in December 2015, he admitted to accessing the accounts but allegedly stated that he "did so simply out of curiosity." Twitter then placed him on administrative leave and seized his laptop.

Neither Alzabarah's nor Abouammo's job titles included a necessity to access Twitter users' private information, according to the complaint. The Twitter employee handbook requires employees to keep any proprietary information confidential and prohibits them from using it for any other business or employment, the complaint states. In addition, gifts exceeding $100 must be brought to the attention of their manager and human resources representative before returning them to the sender.

ABC News could not immediately reach Abouammo or Alzabarah for comment. It is unclear whether they have retained attorneys.