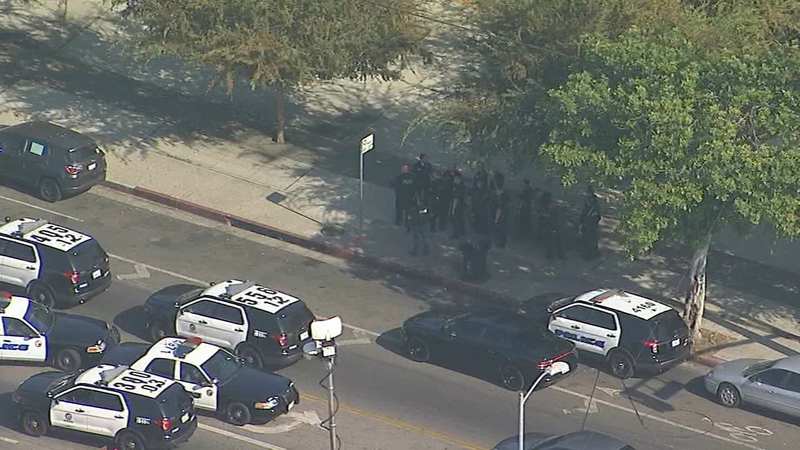 Multiple fights broke out on the Fremont High School campus on San Pedro Street around 11 a.m., with rocks and bottles being thrown, according the Los Angeles Police Department 77th Division. Officers who responded to the school put out a call for help and formed a skirmish line outside the campus.

According to Los Angeles Unified School District school police, the disturbance began after students walked off campus during a demonstration and reportedly started throwing rocks and bottles at officers. More than a dozen police units were seen parked outside the school.