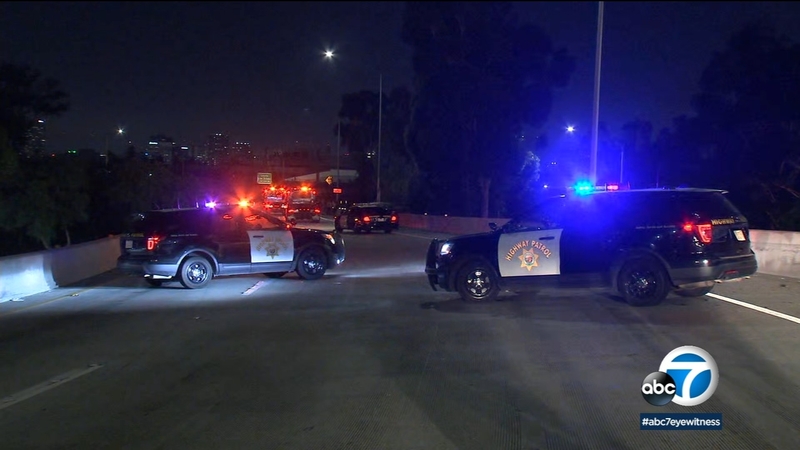 3 in custody following shooting on freeway in DTLA

DOWNTOWN LOS ANGELES (KABC) -- Three suspects are in custody after a shooting on a freeway in downtown Los Angeles early Tuesday morning.

The shooting occurred at approximately 12:08 a.m. on the transition road of the eastbound 10 Freeway to the northbound 110 Freeway, according to the California Highway Patrol.

A Sigalert was issued for the eastbound and westbound 10 Freeway transition roads to the northbound 110 Freeway.

The Sigalert was lifted shortly before 4:30 a.m.

No major injuries were reported.