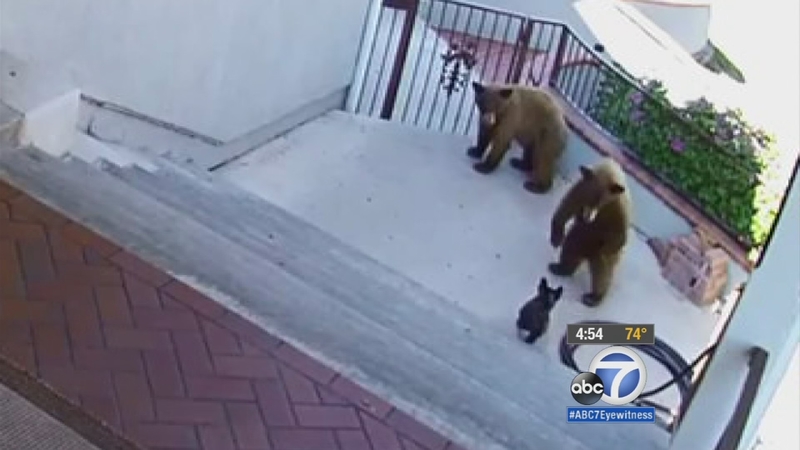 MONROVIA, Calif. (KABC) -- A 20-pound French bulldog went after two bears trying to break into its owner's home in Monrovia.

Surveillance video shows 5-year-old Jules going after the duo as they were approaching the home around 2:30 p.m. Friday.

MORE: Wild and wacky competitors turn out for 2015 World Beard and Mustache Championships

The pair of bears got scared and ran off, one of them even jumping over the gate.

"I couldn't believe it. I was shocked, amazed. I didn't know how she had this in her. Where did this come from? She was like a little warrior," Fernandez said.

While Jules was at home battling off those bears, Fernandez was at work and saw the whole thing on his cellphone after getting an alert from his security cameras.

Fernandez said it was not the first time the bears tried to break in, and his four-legged family member was simply fed up with the unwanted visits.

It was a side of Jules Fernandez had never seen before, and since then, the canine superhero has changed back into her French Bulldog disguise.