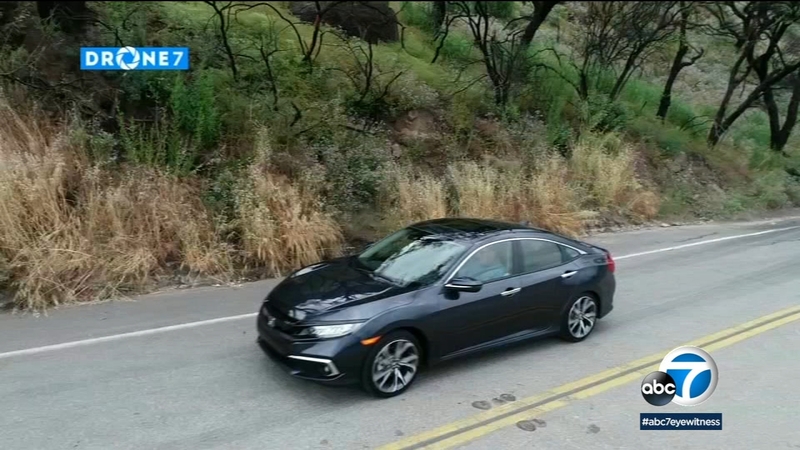 Honda has revised the Civic a for 2019, and this is a model that can brag a bit. Over 11 million have been sold over more than 45 years. But in this era, the Civic has to fight a little more for sales numbers, because it's not an SUV.

"Yes, crossovers and SUVs, that's what buyers are buying. They're buying a lot of them. But you've got to remember, there are still a lot of sedans and even hatchbacks being sold," said Matt Degen, senior associate editor at Kelley Blue Book.

While some car brands have announced that they're dropping out of the small car business, Honda says it's committed to the Civic, with good reason.

"And even though people are migrating to CUVs, or crossovers, the Civic is very important to get the first-time buyers in. We talk to our dealers, and this is the car that everyone gets as that first car," said Dan Calhoun, a product planner at American Honda Motor Company.

And the Civic has never been better. Want the latest high-tech safety features? Honda has made their Honda Sensing assortment of electronic safety aides standard across all trim levels of the Civic. From sporty (there's a new trim level called Sport), to somewhat luxurious (Touring trim is the top), a Civic can check all the boxes a buyer needs. I extensively test drove a 2019 Honda Civic Touring, and I really couldn't think of a feature it didn't have. Not just leather and navigation, but things like heated seats for the rear passengers. Base price for a 2019 Civic is about $20,000, and the loaded Touring model comes in at just over $28,000.

Mazda is in a similar situation with its new Mazda3 compact. Completely revised this year, people might be walking past it for something else in the showroom, like one of Mazda's own hot-selling SUVs. If so, they're missing out on a lot of improvements with the new design. Those improvements include a very stylish new exterior (available as a sedan or hatchback), an even more striking interior, and Mazda's latest Skyactiv engine which produces both strong power and good fuel economy. The new Mazda3 starts at about $21,000.

Recent developments could have people steering back to compact sedans like these: pump prices which shot up to over $4 per gallon in California recently.

"Consumers sometimes have a short memory about gas prices. All of a sudden they might be saying, 'Oh my gosh, this truck that I'm driving is really eating fuel. So hey, let me go look at that Honda Civic because that's really fuel efficient,'" said Matt Degen of Kelley Blue Book.

So the buying trend pendulum could swing back the other way. Honda would be pretty happy with that, and sitting in the catbird seat.

"Cars. That's an integral part of who we are at Honda, and it's going to continue to be part of who we are. And that's why we put so much effort into both the Civic and the Accord. We're going to be there for a long time," noted Calhoun.
Report a correction or typo
Related topics:
automotiveauto industryauto newshonda
Copyright © 2022 KABC Television, LLC. All rights reserved.
TOP STORIES
Man accused of fatally stabbing UCLA grad student arrested
Voting bill collapses, Democrats unable to change filibuster
LA County sees 94% jump in homicides in 2 years, LASD stats show
Increase in SoCalGas bills a shock to some local customers
Vice President Kamala Harris to visit San Bernardino on Friday
COVID-19: 59 new deaths in LA County, positivity rate at schools drops
Man charged in attack on OC vaccine-clinic workers
Show More
Starbucks no longer requiring US workers to be vaccinated
Cardi B offers to pay for funerals of all 17 Bronx fire victims
Man sentenced to life in prison for violent crime spree in LA County
Supreme Court allows Jan. 6 committee to get Trump documents
Biden, 1 year in, says nation weary from COVID but in a better place
More TOP STORIES News