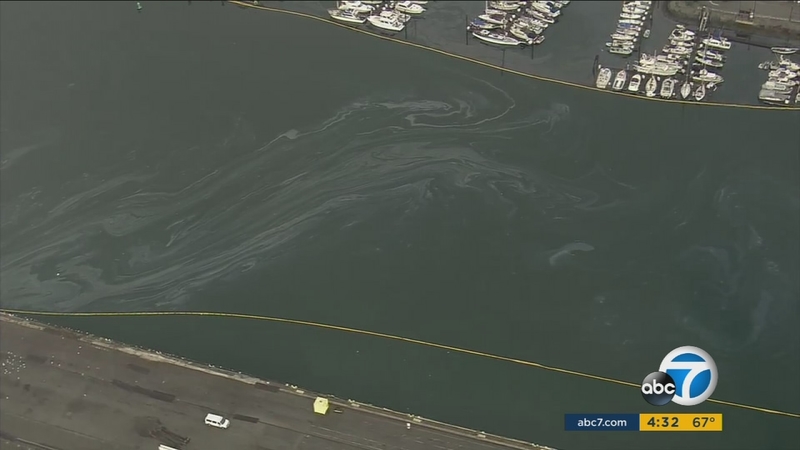 Reports of oiled birds amid Port of LA spill cleanup

The California Department of Fish and Wildlife say it has received several reports of birds covered in oil near the scene of the spill.

"We have had unconfirmed reports of oiled birds so far, so what we did was we activated the Oiled Wildlife Care Network, so there are two teams out there looking for oiled wildlife," said Eric Laughlin with the California Department of Fish and Wildlife.

The spill occurred around 6:30 p.m. Sunday during a refueling operation along the port's Cerritos Channel. Officials on a barge that was fueling a cargo vessel noticed oil spilling out from the opposite side of the ship.

Operations were immediately halted, and authorities were notified. Several booms have been placed in the water to act as a barrier, which prevents the oil from spreading further.

"We've deployed over 15,000 feet of boom in the Port of Los Angeles in this Cerritos Channel area. We've blocked off certain areas to contain the oil in a certain area and we feel that it's been effective so far," said Capt. Jennifer Williams with the U.S. Coast Guard.

The Coast Guard, the California Department of Fish and Wildlife, Los Angeles Port Police and fire officials are investigating the leak.