57 Freeway in Fullerton back open after fatal wreck 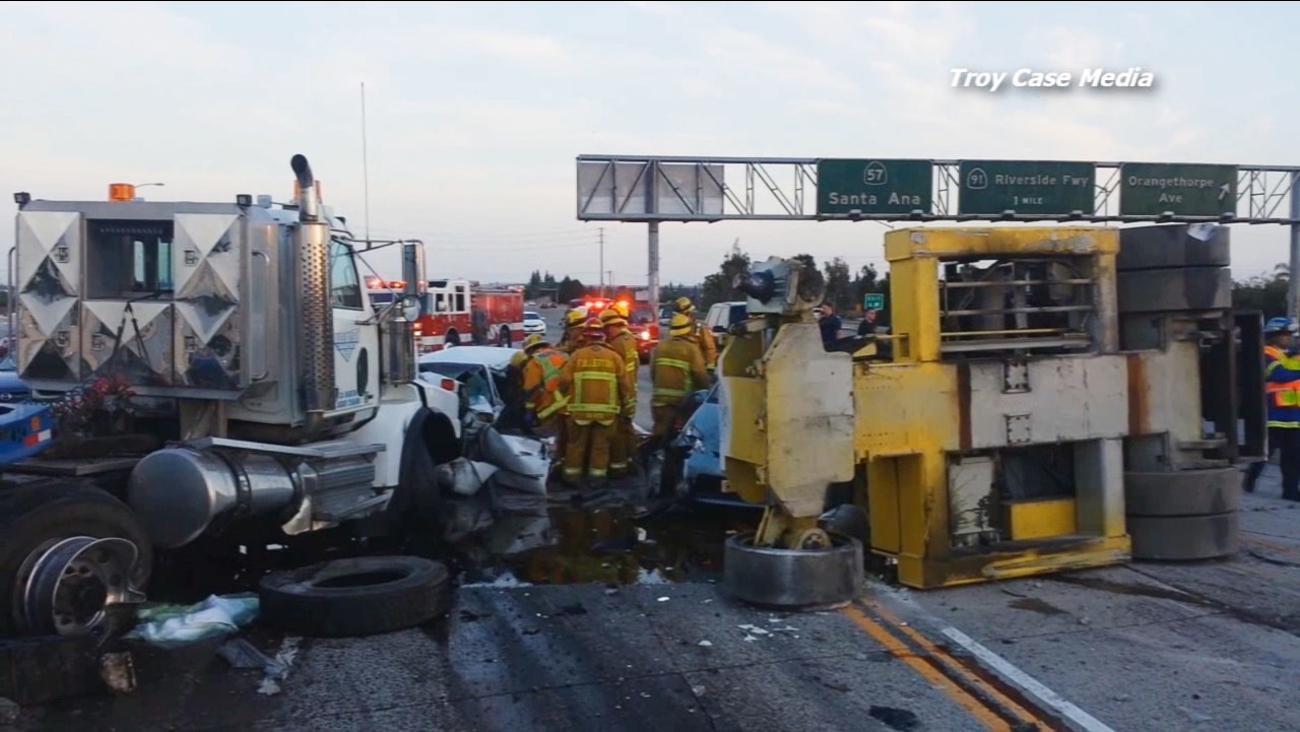 Emergency crews respond to a multi-vehicle crash on the southbound 57 Freeway near Chapman Avenue in Fullerton Wednesday, May 13, 2015.

FULLERTON, Calif. (KABC) -- All lanes of the 57 Freeway in Fullerton are back open Thursday after a lengthy closure due to a fatal multi-vehicle crash involving a big rig.

The crash occurred near Chapman Avenue at about 7:06 p.m. Wednesday. Multiple lanes on both sides of the freeway were shut down through the night and much of the morning. CHP opened all lanes shortly after 10 a.m.

#CHP estimates it will take about 4hrs to clear fatal crash on both sides of 57FWY in Fullerton @ABC7Alysha @ABC7 pic.twitter.com/YqhdGT0Wsq

According to CHP, the big rig was traveling on the southbound side when it blew its front left tire, lost control and veered across all southbound lanes and collided with a Honda Civic. Then, both the big rig and the Civic crashed into the concrete center divider.

As a result of this impact, a forklift on the back of the big rig fell off, crossed into northbound lanes and crashed into three cars.

The big rig continued to move into the northbound lanes and collided with a Honda Accord. The driver of the Accord, described as a white male in his late 20s, was killed in the crash.

Also, three other cars were struck by debris from the incident, which makes the number of vehicles involved in the incident nine.

According to CHP, a total of seven people were transported to local hospitals with moderate to minor injuries.

The name of the deceased driver was not immediately released pending family notification.