Girl, 6, identified after being fatally struck in suspected DUI crash in Fullerton 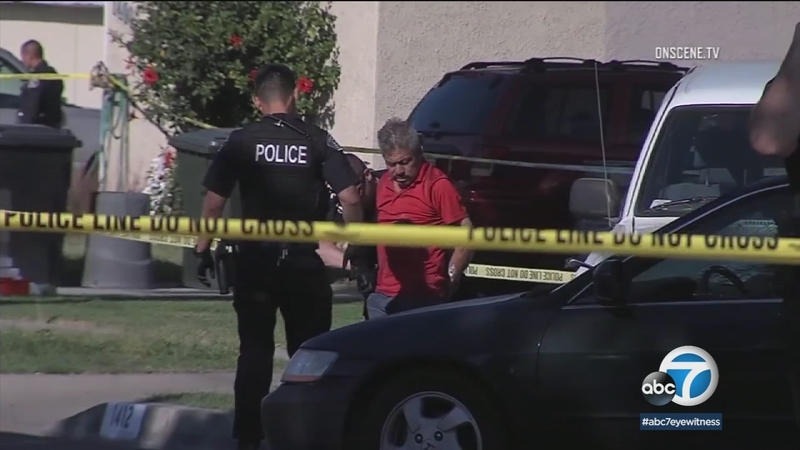 Girl, 6, ID'd after being killed in Fullerton crash

FULLERTON, Calif. (KABC) -- A 6-year-old girl has been identified after being killed over the weekend in a crash involving a suspected drunk driver who has a previous DUI on his record, officials said.

Grace Aguilar, who neighbors said was known for waving at passersby, was identified Monday by the Orange County coroner's office. She was affectionately known as Gracie.

Candles, flowers and stuffed animals comprised a makeshift memorial near the crash site where the girl was fatally struck. A witness described the horrific aftermath of the impact, which occurred about 2:15 p.m. Saturday in the 1400 block of Lombard Street.

"It was really heartbreaking," said the woman, who declined to give her name. "I cannot really express how she looked at that time."

After Fullerton Police Department officers arrived to find Grace lying in the street, she was rushed to a hospital where she died.

The driver, 50-year-old Maximino Delgado, remained at the scene after the collision. An investigation indicated that he was heading eastbound on Gage Avenue in a 1990 Toyota 4Runner and was trying to turn onto Lombard when he lost control of the SUV, police said.

The vehicle struck Grace, who was playing on the sidewalk. According to authorities, the driver continued along the sidewalk before he returned to the roadway, hit a parked car and came to a stop.

A test revealed that Delgado's blood alcohol content was 0.23 percent -- nearly three times the legal limit, police said. He was arrested on suspicion of vehicular manslaughter, felony DUI and driving with a suspended license; his bail was set at $2 million.

"To be killed by a drunk driver -- who was absolutely egregious in his behavior and responsibility -- is just absolutely tragic," said police Sgt. Jon Radus.