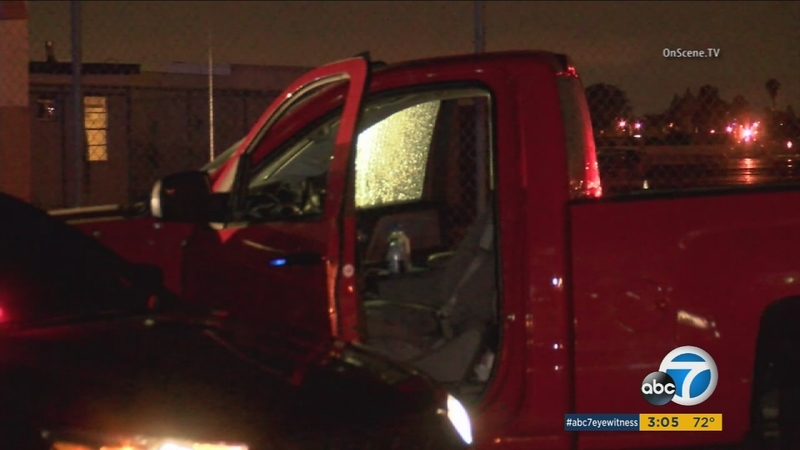 FULLERTON, Calif. (KABC) -- One suspect was killed and another was wounded after an officer-involved shooting took place in Fullerton.

The incident happened shortly before 11 p.m. Sunday in the 100 block of North Pritchard Avenue, near the Fullerton Municipal Airport. Investigators said it started as an undercover California Highway Patrol task force operation in Los Angeles County.

At some point, the officers followed a truck containing the suspects and eventually made it into a residential area in Fullerton.

The officers attempted a traffic stop, but the suspects did not stop. Authorities said the driver turned the truck around and drove toward the officers. The officers feared for their safety and opened fire, killing the 19-year-old driver.

The passenger was shot in the arm, taken to a nearby hospital for an evaluation and then taken into custody after his release. The man, 18, was then released pending a further investigation, police said.

Authorities said a weapon has not been recovered at the scene. It was unclear why the officers were following the suspects.

Police said the incident was never a chase situation, but the shooting got the attention of residents.

"What would be so important that someone would have to die for, you know, anything? You know, you lose your life. You know, it's not worth it," said Fullerton resident Mike Fullers.