KABC
FULLERTON, Calif. (KABC) -- The chief of the Fullerton Police Department resigned Friday amid an investigation into an altercation he and a police captain got into at a concert.

"I am honored to have had the privilege of leading the men and women of the Fullerton Police Department," Chief David Hendricks said in a press release. "I am grateful to the City Council and City Manager Ken Domer for the opportunity to serve the Fullerton community as Chief of Police."

Hendricks had been on paid leave since August. He and another officer, Capt. Thomas Oliveras, were accused of getting into a scuffle with an EMT at a Lady Antebellum concert at the Five Point Amphitheater in Irvine.

Hendricks and Oliveras were kicked out of the concert. No arrests were made after the incident.

Capt. Bob Dunn, who had been serving as active chief of police since Hendricks was placed on leave, will now be interim chief.
Report a correction or typo
Related topics:
fullertonorange countypolice chieffightpoliceemt
Copyright © 2021 KABC-TV. All Rights Reserved.
RELATED 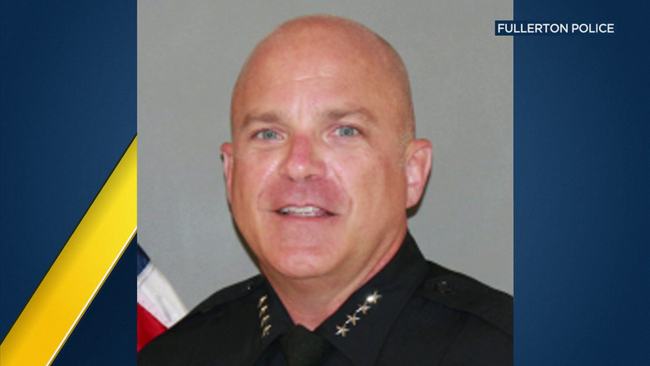