Suspects break into Fullerton restaurant, may be connected to 3 other burglaries in the area 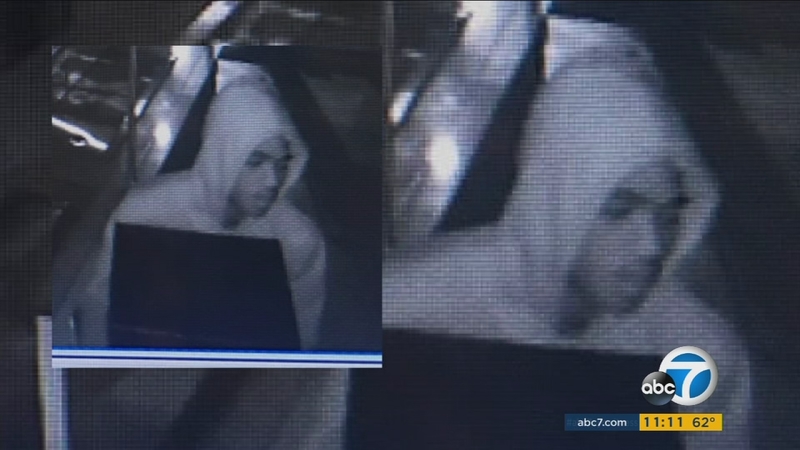 FULLERTON, Calif. (KABC) -- Authorities are investigating a string of break-ins that happened at Fullerton businesses Saturday.

Surveillance cameras inside Fins Poke Fusion were rolling when the first suspect smashed through a glass door around 4 a.m. The suspect is seen running inside and hopping over the counter. He is followed by his partner-in-crime.

The pair grab the cash register and try to open the drawer. The second suspect then goes into a room and steals a safe. Eventually the first suspect cracks open the draw, and the two quickly take off.

Moby Duncan, one of the restaurant co-owners, said the suspects were in and out within a few minutes.

"Me and the partners put all our effort, all our savings into getting this thing up and running. Finally, it gets up and running and within two months we get broken into," he said. "To make matters worse, this is our second location. Our first location got broken into six weeks ago."

The damaged register and drawer were found on the street and will be checked for fingerprints. Fullerton police said there were two other burglaries on West Commonwealth. Sushi Joint on South Harbor Boulevard was also targeted in the morning between 4 and 9 a.m.

Duncan hopes somebody will recognize the suspects, whose faces were not completely hidden by hooded sweatshirts.

"Obviously, we don't want to get hit again and we don't want any other small businesses getting hit as well because it's terrible," he said.