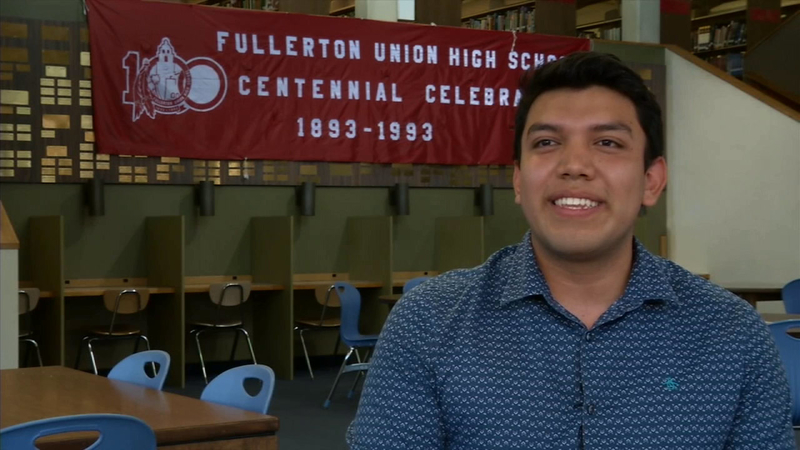 Along with the Ivy League schools, Fernando Rojas also got into Stanford, UC Irvine and Cal State Fullerton.

"I'm just trying to let it all soak in, trying to experience it all, just one day at a time," Rojas said.

"It couldn't have happened to a nicer person and a harder working student. I am so proud of him, because he's an inspiration to other students," said Sal Tinajero, Rojas' speech and debate coach.

The graduating senior and co-valedictorian is the son of immigrants from Mexico. He's also a national champion in speech and debate.

His mother Maria Rojas said she's nervous about her youngest of her four children moving to the East Coast, but she's proud of him because he's worked so hard.

Rojas says he hasn't made a decision yet, but has narrowed down his list of colleges to Harvard and Yale. He plans to study international law in college.

Fernando Rojas was accepted to ALL 8 #IvyLeague schools. The #Fullerton HS senior must decide by May 1. Incredible! pic.twitter.com/mzrlCvDjTr