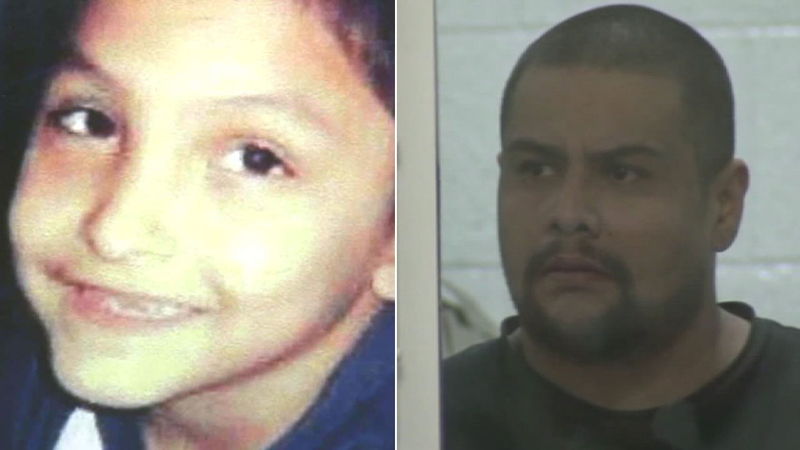 LOS ANGELES (KABC) -- Defense witnesses took the stand Friday as the penalty phase continues in the trial of Isauro Aguirre, convicted of the torture and murder of an 8-year-old Palmdale boy.

The defense was striving to put a human face on a man convicted of torturing Gabriel.

In the years prior to beating Gabriel Fernandez to death, Aguirre was a caregiver for the elderly.

His former boss said he was a model employee.

Weisbarth faced down the prosecutor who is seeking the death penalty.

"Do you believe there is, within him, some humanity still that is worth saving?" asked Defense Attorney John Alan.

Gloria Nieves, a former neighbor of Aguirre and his family, said she was shocked to hear about the defendant's arrest.

"Very surprised and sad because I know his family and him," Nieves said when she heard about Aguirre's arrest and charges. "Isauro, the young man I have met, very well-mannered, very respectful to others."

She said she saw Aguirre interact with children in the neighborhood. Nieves described Aguirre very loving toward the children and said he was caring and very careful with all kids.

Nieves added that Aguirre would even help protect the children when they were crossing the street to go to her store.

"Do you believe Isauro Aguirre is inherently evil?" the defense asked her.

"Do you believe Isauro Aguirre is good by nature?" the defense asked.

Past good acts contrast with the bad ones. The defense was underway but not before the prosecution's final witness: Gabriel's uncle, who has adopted Gabriel's siblings.

Testifying off camera, Christopher Contreras said the image of Gabriel's body in the hospital haunts him until this day.

"No matter how hard I try, that is how I remember Gabriel now," he said.

Still, more than four years after Gabriel's death, they can't talk about him.

"It is always a bad thing to say Gabriel's name because (of) how the kids react," Contreras added.