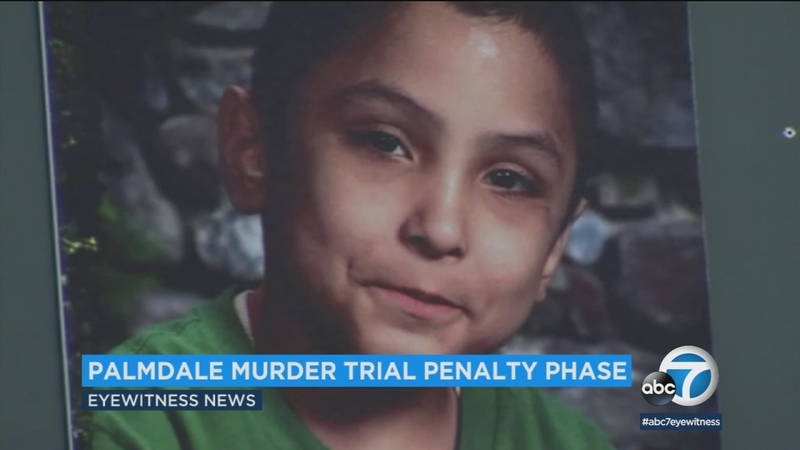 LOS ANGELES (KABC) -- For a second day, a jury deliberated on whether to sentence a man convicted of killing his girlfriend's 8-year-old son to death or life in prison.

Isauro Aguirre, 37, underwent questioning in a key exhibit from the prosecution. He confessed to punching Gabriel Fernandez in 2013.

During deliberations, the jury sent a question to the judge: "If we cannot unanimously agree, what is the outcome?"

The judge did not respond directly to the question, but said it was too early to have a question like that and requested they go back and discuss further. The jury members also requested certain equipment that can be used to play recordings.

There were a number of recordings played in the case, but attorneys said there were two recordings that stood out to jurors.

In court, questions were raised about Aguirre's tearful confession to punching Gabriel in the face 10 to 20 times and what those tears meant. Was it remorse or was he sorry that he was caught? That video was presented in the first phase of Aguirre's trial in which he was found guilty of torturing and murdering Gabriel.

Another recording was presented during his penalty phase in the trial. In that recording, Pearl Fernandez, Gabriel's mother who also faces a murder trial of her own, is talking to Aguirre about her son's autopsy while they were both in jail.

During that conversation, Fernandez appeared to be more concerned with Aguirre talking about her involvement in her son's death than the results.

The defense has told the jury repeatedly that while Aguirre must pay for his horrific acts on a defenseless child, he has no criminal record of history of violence. They go on to say Aguirre's troubles began when he hooked up with Fernandez, who has been characterized as a manipulator.