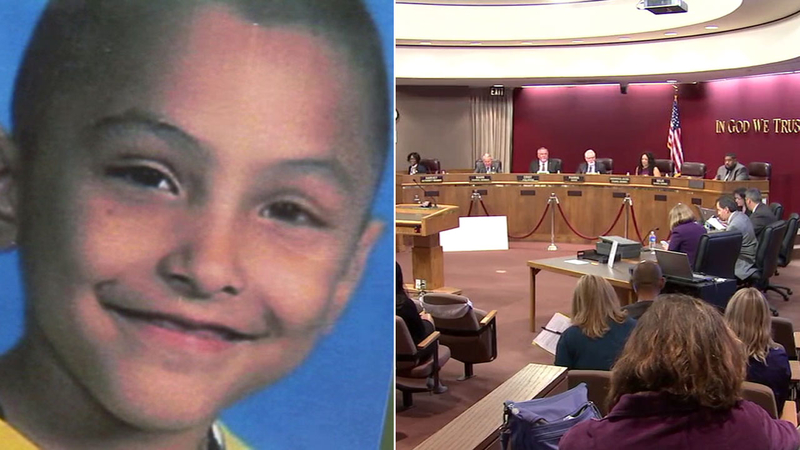 Lancaster Councilmember Angela Underwood Jacobs recalled learning about the death of the 8-year-old boy in 2013.

"When you hear of something so horrendous, you almost go into a thought that, 'This can't be, this can't be real, it can't be true,' or, 'Who would do such a thing?'" said Underwood Jacobs.

Authorities said Gabriel died after enduring abuse and torture at the hands of his mother and her boyfriend in the Antelope Valley.

Earlier this year, prosecutors said social workers falsified reports that should have documented signs of the young victim's extensive abuse.

Underwood Jacobs wants to draft an ordinance that would require the county Department of Children and Family Services in Lancaster to go one step further in record-keeping, with digital recordings of its investigations.

"Anytime that you are handwriting a scenario, if you will, there's an interpretation or a perception of what it is you believe yourself to hear," she said.

Underwood added that keeping only written records allows for emotions to get lost in these kinds of investigations.

As a mother, she said, it's been difficult to consider what "could have been" in Fernandez' case. She wants to make sure it doesn't happen again.

"My thought is that going forward, if we're able to save at least one child, we're doing better than we were compared to 2013," she said.

Underwood hopes to draft an ordinance alongside the Lancaster City Attorney's Office and gather public input before "Gabriel's Law" is submitted to the City Council for a final vote.