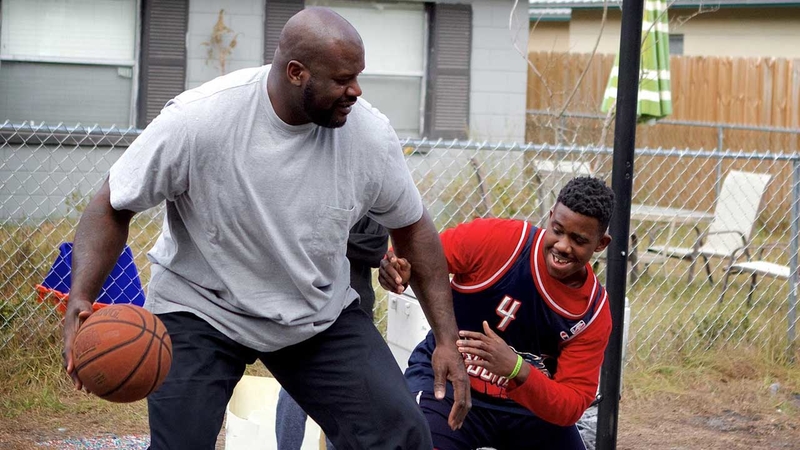 GAINESVILLE, Fla. -- Some kids in Florida who were in a viral video last week got a special visitor to their basketball court on Saturday.

You might remember Friday morning when we posted the video of Gainesville police Officer Bobby White responding to a call about kids playing basketball "loudly" in the street.

Then the officer joined in the game, all captured on dashcam video. And as he was leaving, he told the boys he might be back to play the next day, and he may bring more officers with him.

Well, he made good on that promise, but brought a ringer along, too! Former NBA star Shaquille O'Neal came out with the officers to join in the game.

Shaq's appearance was even a surprise for White, who earlier in the day thought he was getting together with fellow officers to talk about going back out to play.