House under construction in Garden Grove damaged in fire 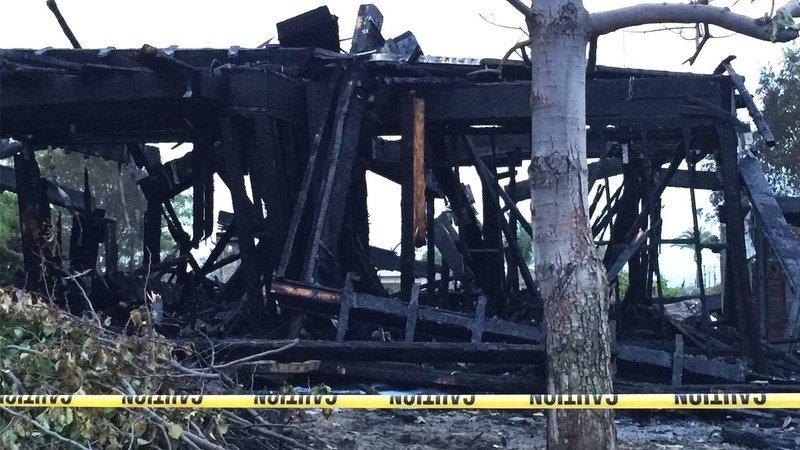 House under construction in Garden Grove engulfed in flames

GARDEN GROVE, Calif. (KABC) -- Flames from a house fire in Garden Grove spread to an adjacent home and also caused a power outage in the neighborhood.

The blaze broke out around 11 p.m. Tuesday in the 9200 block of Florence Lane.

About 50 firefighters battled the third-alarm fire. The blaze was knocked down shortly before midnight, but not before the flames spread to a neighboring home with a family inside.

Neighbor David Ruiz says his wife, who was home with their children, ran out with a garden hose to try and stop the fire from spreading.

The fire charred the side of Ruiz's house as well as parts of the roof. The flames also melted part of his truck, which was parked in his driveway. 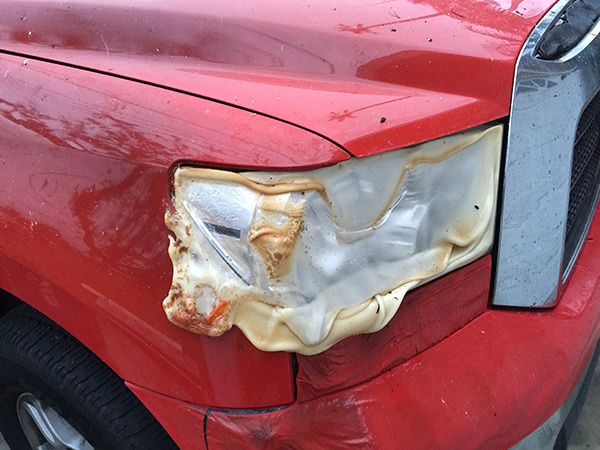 Parts of Garden Grove resident David Ruiz's truck was melted after his neighbor's house caught fire on Tuesday, May 5, 2015.

Neighbors say the home is a fully-framed house still under construction.

The fire burned up nearby power polls. This caused transformers to explode, leaving area residents without power. Southern California Edison said crews are working to restore power to 16 customers who were affected.