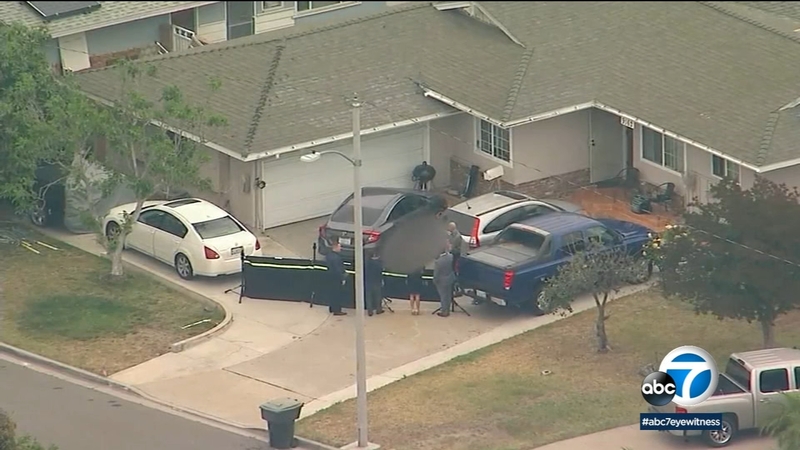 Three masked men with guns broke into a home in the 9000 block of La Grand Avenue around 4 a.m., Garden Grove police say.

The victim was sleeping next to his girlfriend when he was woken up by the suspects, according to police.

"They were asking for drug money and for drugs," said Lt. Carl Whitney with Garden Grove police. "There was some type of altercation between our victim and the suspects. Shots were fired."

The victim was shot and killed in the driveway.

Friends and family members describe the victim as a good kid though he may have been involved in drugs.

The suspects fled in a dark colored vehicle, authorities say.

One resident said she was concerned about an incident like this occurring.

Police sought to assure the public that this was not a random attack.