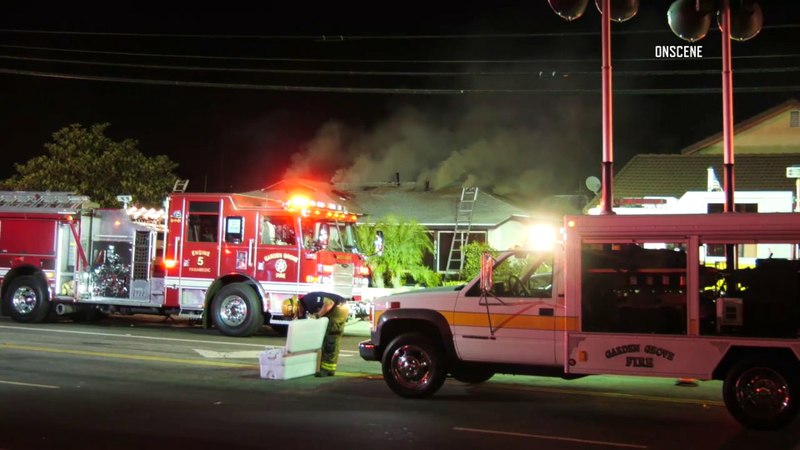 Authorities said fire crews responded to the 8800 block of Chapman Avenue shortly before 8 p.m. The first engine crew that responded reported seeing fire through the roof of the single-story home.

Firefighters searched for residents, but encountered a large amount of fire and needed additional help to control it. In the end, it took nearly an hour for 30 firefighters to get the upper hand on the blaze.

Two people - a man and a woman - were found dead inside the home. Investigators were on scene until 4 a.m. Sunday.

Authorities said the estimated damage of the property was about $400,000.