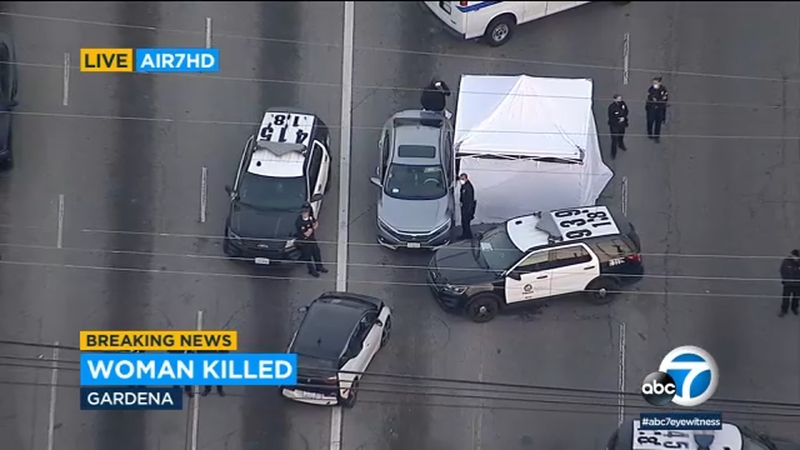 Woman fatally shot in her car in Gardena

GARDENA, Calif. (KABC) -- Los Angeles police are investigating after a woman was shot and killed in her car Tuesday.

Police say a man got out of his own car just after 11 a.m., walked up to another vehicle and fired at a woman inside, in the area of Ainsworth and 153rd streets near the Manchester Square neighborhood and the city of Gardena.

The woman's car came to a stop a few blocks away, at Vermont Avenue and Redondo Beach Boulevard. She was pronounced dead at the scene.

Although the location where the vehicle stopped is in the city of Gardena, the Los Angeles Police Department is investigating the case.