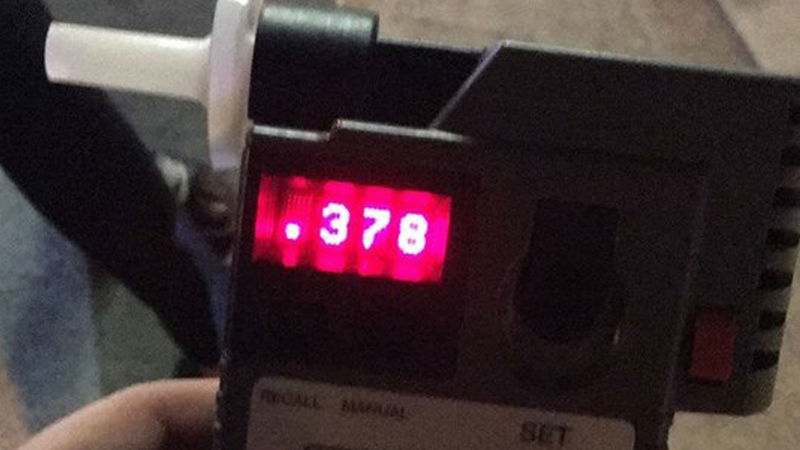 GARDENA, Calif. (KABC) -- Gardena police officers were in for a wild surprise after pulling over a suspected drunk driver who blew an incredibly high BAC Wednesday night.

Officer Park was on routine patrol when he spotted a car in the area of Redondo Beach Boulevard and Western Avenue. The driver began weaving the vehicle back and forth on the street and almost struck a vehicle.

The officer conducted a traffic stop and the driver appeared to show signs of intoxication.

Officer Zamudio, a traffic specialist, then came to help Park administer a field sobriety test, which the driver failed. During the investigation, the driver also blew into a breathalyzer which showed a .378 blood alcohol content level.

That BAC is more than four times the legal limit of .08. Medical professionals said between .35 percent to .40 percent is usually fatal.