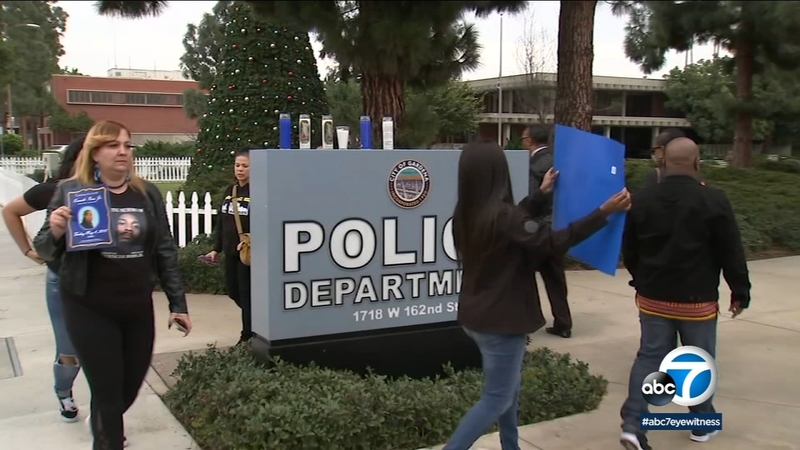 GARDENA, Calif. (KABC) -- Family and friends are demanding answers from Gardena police regarding a fatal officer-involved shooting in April.

Supporters of the family of Kenneth Ross Jr. marched with members of the Los Angeles Civil Rights Association in front of the Gardena Police Department on Friday.

"No one has any reason to kill anyone, not the police or anybody. And I want to know why they shot and murdered my son for nothing. He was murdered in cold blood by the Gardena Police Department," said mother Fouzia Almarou.

In April, Gardena police were responding to a shooting call. Police say several witnesses identified Ross as being responsible for that earlier shooting. When officers came in contact with him, the shooting happened.