Suspect arrested in connection to fatal shootings in Gardena, Lynwood

A man suspected of killing two people in separate shootings in Gardena and Lynwood was arrested Wednesday afternoon.

Selvin Salazar, 25, was identified as the suspect and arrested around 5 p.m. in the 4100 block of Century Boulevard in Inglewood.

Around 4 a.m. Tuesday, a shooting happened at a party in the 1200 block of West 135th Street in Gardena. Authorities said the suspect and three other people who were all friends got into an argument.

The suspect then shot the group, killing Sanchez and wounding a pregnant woman and man.

Right after the shooting, the suspect then forced a couple - whom he also knew - into their vehicle and ordered them to flee the scene.

As the group approached a southbound 710 Freeway onramp at Martin Luther King Jr. Boulevard in Lynwood, the suspect had them get out of the vehicle. He is then suspected of fatally shooting Montes, who authorities said was a childhood friend.

The suspect tried to shoot the woman, too, but authorities said it appeared his gun backfired and he fled the scene after stealing the couple's Kia Soul.

Salazar is being held without bail. Authorities said there is no known motive at this time. 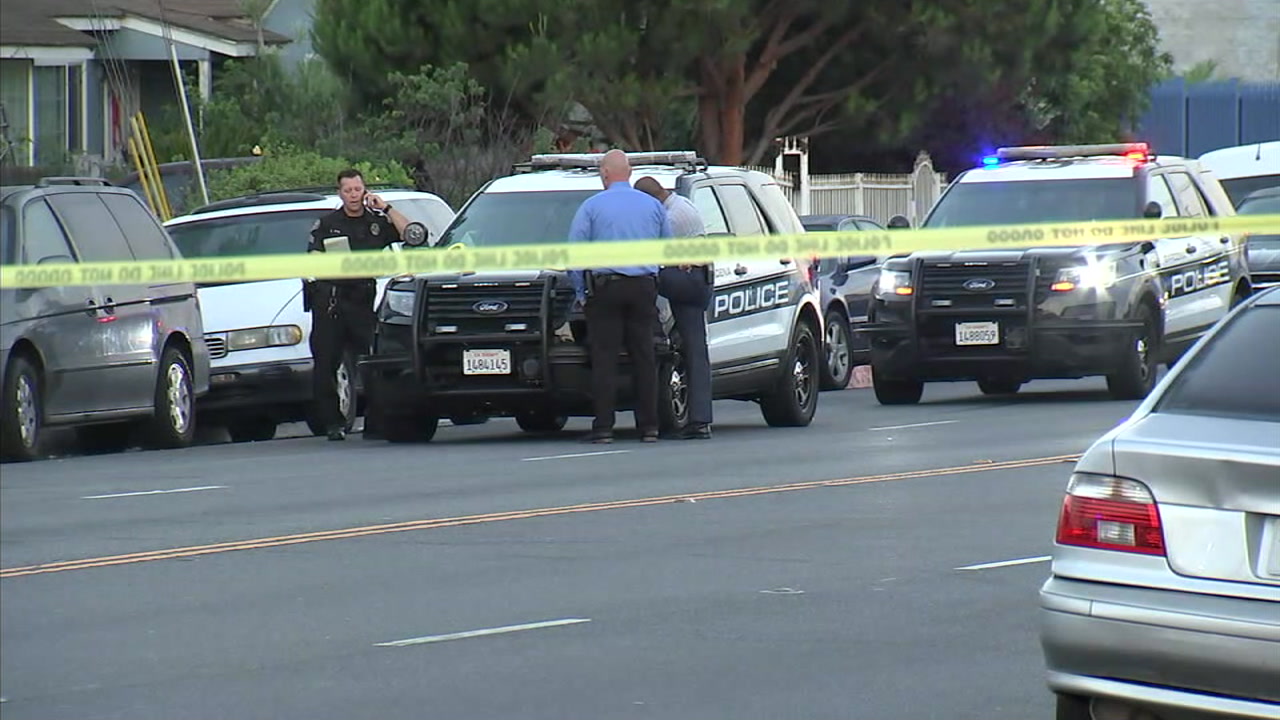