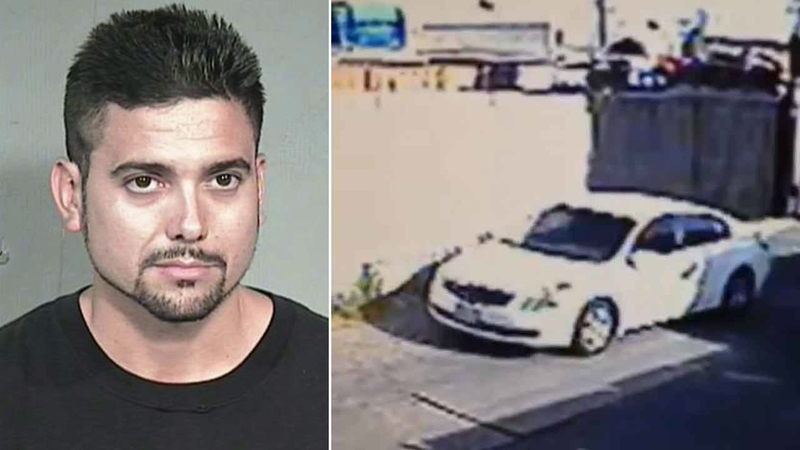 GARDENA, Calif. (KABC) -- A suspect who allegedly kidnapped a 2-year-old girl from a car wash in Gardena earlier this month and sexually assaulted her before dropping her off miles away is now behind bars.

The toddler was with her mother at a self-serve car wash near 149th Street and Western Avenue just before 5 p.m. on April 2 when the girl's mother heard her daughter scream "mommy" and then she was gone, Gardena police Chief Ed Medrano said.

"I lost my baby that was in the car with me, and I can't find her!" the girl's mother told a 911 dispatcher in tears. "I have no idea where she went. I just took my eyes off her for like two minutes."

Police say Michael David Ikeler, 36, of Torrance alleged snatched the girl from the backseat of her mother's car and sexually assaulted her.

He dropped her off about two hours later in an empty, dark parking lot about 10 miles away near Santa Ana Street and Atlantic Avenue in Cudahy. A customer at a restaurant saw the little girl sitting in the parking lot by herself and called police.

The girl was transported to a local hospital for treatment and was later reunited with her family.

Surveillance video captured Ikeler's white four-door Nissan Altima with tinted windows in an alley behind the car wash. The same vehicle was also seen driving through a neighborhood in Cudahy.

Gardena police say it was tips from the public that led to his arrest.

"We got several tips over the next several days, one of them being the key tip that came in just because somebody saw a car that looked suspicious, that looked like the car we were looking for," said Gardena police Lt. Steve Prendergast. "That absolutely led to his arrest. If it had not been for that person on Easter Sunday to call us and let us know, we may not have found him."

During the later investigation, police also learned that Ikeler altered the look of his vehicle following the crime. He removed the window tint and also took the license plate off of his vehicle. Two independent witnesses and scientific evidence, including DNA, also placed the suspect at the scene.

"We're very confident that he is the person that did this to this little girl," Prendergast said.