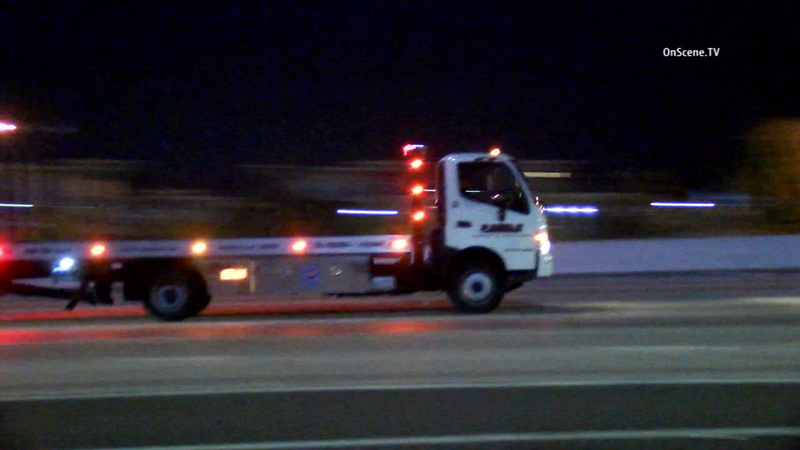 Gardena police said they received a report about a stolen tow truck from the area of Redondo Beach Boulevard and Budlong Avenue around midnight.

Patrol units searching for the vehicle spotted it near 111th Street and Van Ness Avenue. The tow truck refused to pull over, and a chase ensued.

Officers pursued the suspect along the southbound 5 Freeway, and CHP took over the chase near University Drive.

CHP deployed a spike strip, which brought the truck to a stop near the 55 Freeway transition in Santa Ana.

The suspect gave up peacefully and was arrested. He appeared to smile for media cameras while in the back of the patrol car.