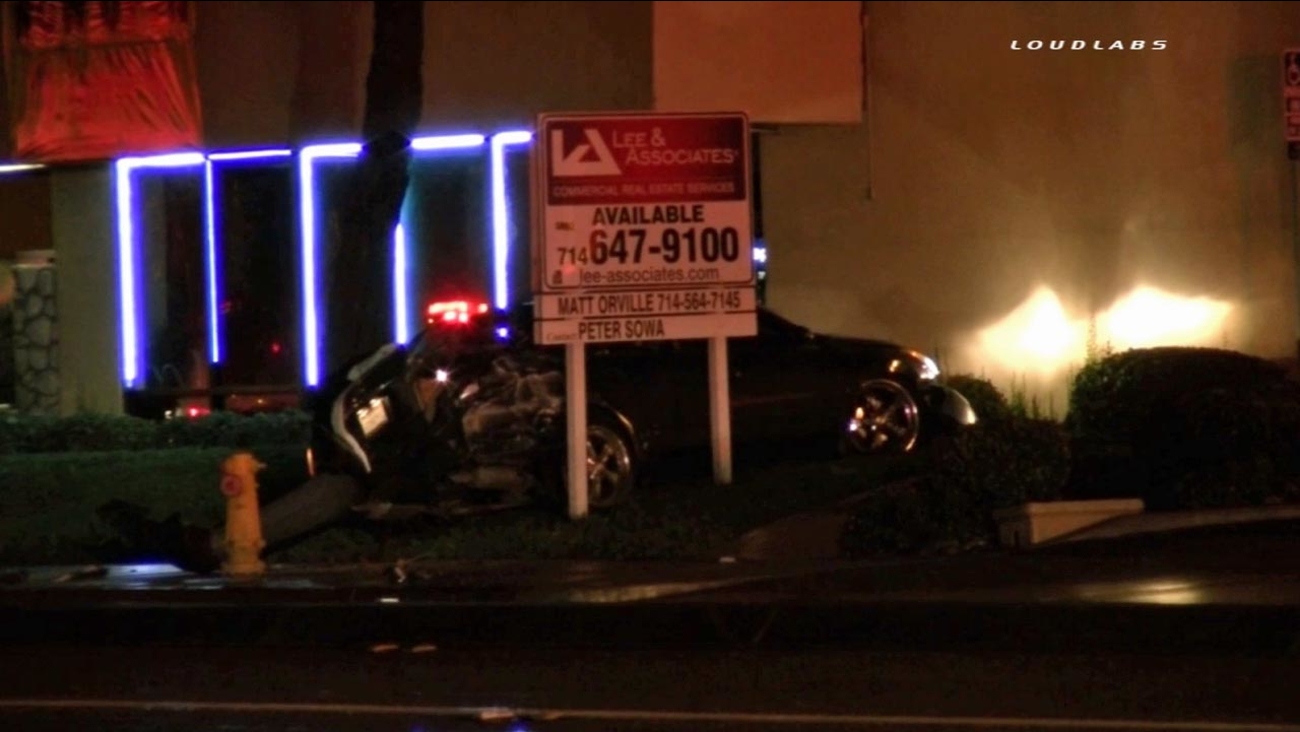 The driver of a Nissan Altima crashed his car into nearby gas meters, causing a gas leak in the 15400 block of Valley Boulevard in the City of Industry on Sunday, March. 1, 2015.

CITY OF INDUSTRY, Calif. (KABC) -- A man is dead after wet road conditions caused him to crash his car into a building and gas meters, causing a gas leak near businesses in the City of Industry Sunday morning.

At 1:45 a.m., City of Industry sheriff's deputies responded to the I Grill in the 15400 block of Valley Boulevard regarding a car crash. The driver was pronounced dead at the scene.

Authorities said the cause of the crash appeared to be the conditions of the road as a result of the storm.

No one was in the building at the time of the crash. Other businesses near the restaurant were evacuated due to the leak.