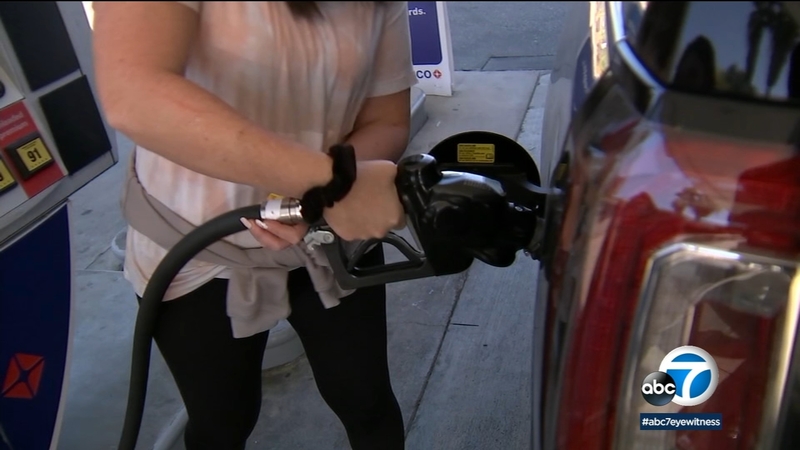 LOS ANGELES (CNS) -- The average price of a gallon of self-serve regular gasoline in Los Angeles County rose to a record Friday for the seventh consecutive day, increasing 4.5 cents to $6.266, its ninth consecutive increase.

The average price has risen 17.5 cents over the past nine days, including 2.1 cents Thursday, according to figures from the AAA and Oil Price Information Service. It is 16.8 cents more than one week ago, 43.9 cents higher than one month ago and $2.032 greater than one year ago.

The Orange County average price rose 4.6 cents to its seventh consecutive record, $6.246, its eighth consecutive increase. It has risen 18.7 cents over the past eight days, including 2.1 cents Thursday.

"Memorial Day travel volume added to the demand for gasoline last weekend which had a direct impact in gas prices here in Southern California and the rest of the country," said Doug Shupe, the Automobile Club of Southern California's corporate communications manager.

"It is hard to know what will happen with prices, but the upward pressure will likely last in the coming weeks and months as people take summer road trips."