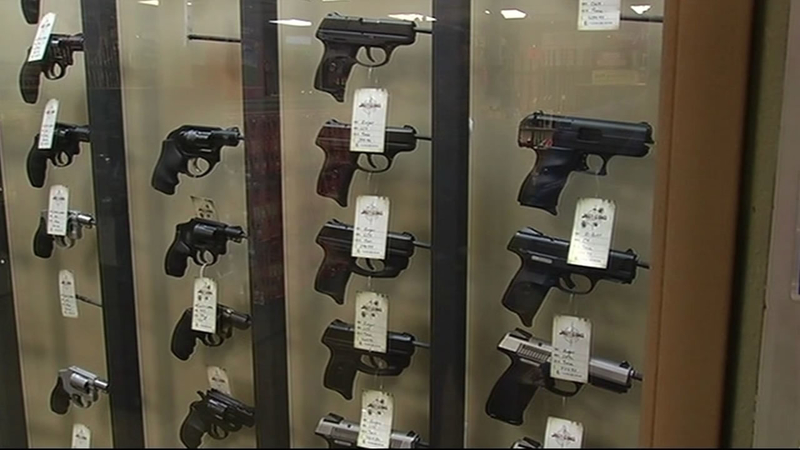 SAN FRANCISCO -- California's Lt. Governor announced a package of gun control measures on Thursday he hopes to put on the 2016 ballot.

Lt. Governor Gavin Newsom said he believes the measures will help close loopholes in state laws. Newsom made his announcement at the scene of the worst mass shooting in San Francisco that happened more than two decades ago.

Newsom and his supporters hope to side step the gun lobby's influence on lawmakers by asking voters to approve five new gun control measures. One would prohibit the possession of large capacity magazines, and another would require background checks for ammunition sales.

"If you're going to purchase ammunition you should purchase it from a licensed dealer and you should be subject to the same background your subject to with gun sales," Newsom said.

Newsom launched the ballot campaign outside 101 California Street. The high-rise was the scene of carnage in July 1993 when a gunman entered offices, including a law firm, killing eight people and injuring six before committing suicide. Carol Kingsley lost her husband Jack Berman.

"This is still something our family lives with daily, the loss," Kingsley said.

She's now part of a lawyers' group dedicated to preventing gun violence. The 101 California gunman bought his weapons out of state, so the proposed measures may not have prevented his rampage, but Newsom said the initiative would close some loopholes.

"We have the capacity to turn things around," Newsom said.

At San Francisco's only gun store, which is closing at the end of the month, they expect the NRA to fight the initiative.

"I just don't see how it would be effective. I don't see it being reasonable. Because again what makes it touchy is it's a right to own through the constitution, so that's very touchy," Steven Alcair of High Bridge Arms said.