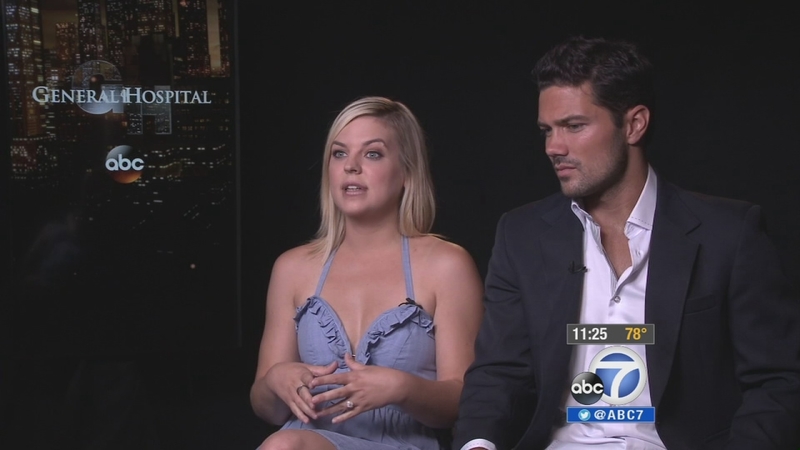 LOS ANGELES (KABC) -- For half of its 51-year run on daytime television, "General Hospital" aired at 2 p.m. After spending its recent years in the 1 p.m. slot, the show is moving back to its original timeslot.

While the time of the show is changing, "General Hospital" will continue its tradition of bringing intrigue, thrills, love and laughter to our afternoons.

Kirsten Storms, who plays Maxie, plays a major part in this fall's storyline. And after 15 years in the business, she's ready to run and gun.

"Soaps have taught me just a great work ethic, and we're always busy," Storms said. "I think it just teaches you to stay on top of your game."

Newcomer Ryan Paevey had to hit the ground running with his character Nathan. This is the first soap for the Torrance native, and he's taking every advantage to learn along the way.

"This is really kind of my first segway into that sort of deal, and it's an incredibly well-oiled machine, and there's this great feeling of team work and camaraderie," Paevey said. "We all do our best to give to each other."

The soap opera forces are doing their best to bring these two together, and then of course tear them apart.

"It's going to get worse before it gets better, and I feel like I say that to you every single time that we talk to each other, but that's the roller coaster ride of a soap opera, and that's what make it so much fun," Storms said.

"General Hospital" moves back to its 2 p.m. timeslot beginning Monday.