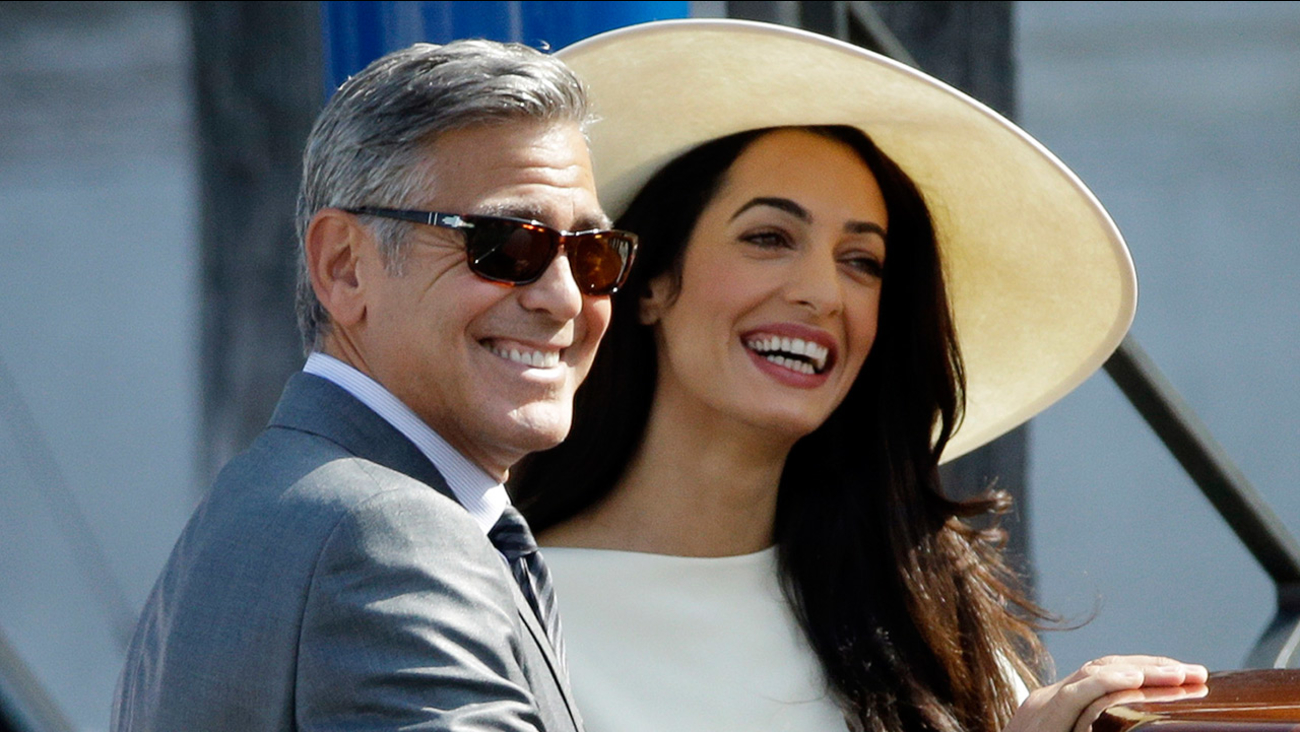 VENICE, Italy -- The romantic canaled city of Venice has been the venue for 323 weddings of foreign couples this year. Only one has drawn crowds and paparazzi.

George Clooney and Amal Alamuddin said "I do" for a second time Monday, celebrating a civil wedding ceremony in Venice's City Hall on the Grand Canal, greeted by hundreds of well-wishers who waited hours for a glimpse of the newlyweds.

The couple tied the knot two days earlier in a private ceremony attended by Hollywood celebrity friends and family in a luxury hotel. They followed up with a required civil procedure, which to be legally recognized must take place on a site designated by the city administration.

The newlyweds arrived at the pre-Renaissance Ca' Farsetti in Clooney's regular water taxi, called "Amore," trailed by dozens of boats with photographers, as has been the case all weekend. Police boats tried to clear their way.

Clooney, 53, looked dapper in a gray suit and matching tie, while the bride, 36, wore a cream-colored, short-sleeved jacket with palazzo pants and a matching wide-brimmed hat accented by a navy ribbon.

As they exited the boat, Clooney drew his wife's attention to the crowds on the opposite shore, and they stopped briefly to take in the scene and wave. Clooney then ushered Alamuddin inside, looking up at city employees watching from the surrounding buildings and pointing inside with his thumb as if to say, "I gotta go."

They emerged about 20 minutes later with former Rome Mayor Walter Veltroni, who performed both ceremonies. Veltroni sent the couple off, hugging Clooney and kissing Alamuddin on the cheek. 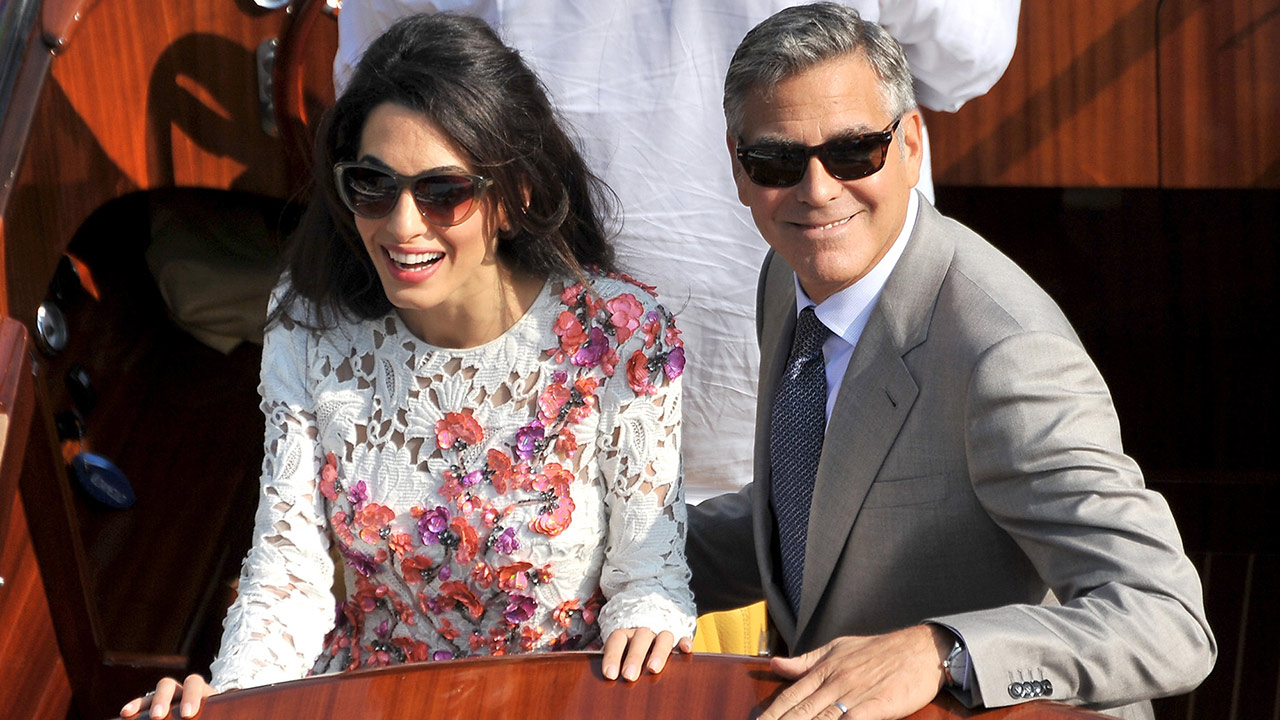 They continued up the Grand Canal and under the arched Rialto Bridge, crowded with more well-wishers screaming "George, George," before disappearing up a one-way canal. Clooney's water taxi driver, who has ferried the actor around on his frequent trips to Venice, was later seen at the airport and indicated that the couple had left.

One of the world's most romantic cities, Venice draws couples from around the world for a fairy tale wedding in well-appointed official wedding halls overlooking the Grand Hotel. According to official statistics for this year, 323 non-Italian couples were married in Venice's historic center through Monday.

A city employee, who identified herself only as Luisa, said she leaves her window overlooking the Cavalli Palazzo, where most ceremonies take place, open in the summer just so she can hear the parade of newlyweds being congratulated by loved ones.

"There are so many beautiful brides. Every 10 or 15 minutes, they come out and people throw confetti or rose petals," Luisa said, standing with a group of co-workers who came outside to see Clooney and his bride arrive. "Once there was even a Scotsman in a kilt. Often we find champagne bottles and glasses here in the morning."

The last couple to exchange vows before the Hollywood star and his new bride arrived was Stefanie Eddinger and Gerald Frieder, from Vienna. The couple enjoyed the added energy from the crowd outside awaiting the celebrity newlyweds.

"They picked our day," Frieder said, before stepping outside into a shower of confetti.