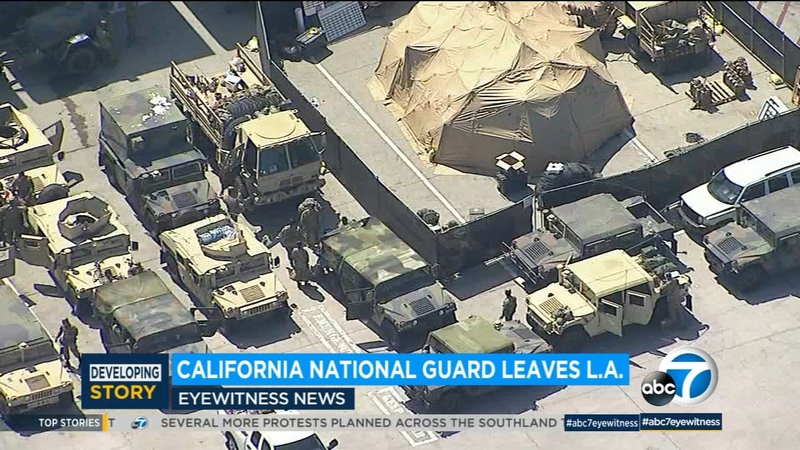 Garcetti had asked Gov. Gavin Newsom to send hundreds of guard units to the city last weekend after there was violence and looting near the site of several protests over the death of George Floyd.

"The California National Guard is departing Los Angeles this evening," Garcetti said Sunday. "A small number of units will be stationed nearby until June 10 to provide emergency support if needed.

"I'm proud that our city has been peaceful this week - and that our residents are leading a powerful movement to make Los Angeles more just, equitable, and fair for Black Angelenos, communities of color, and all of our workers, youth, and families.