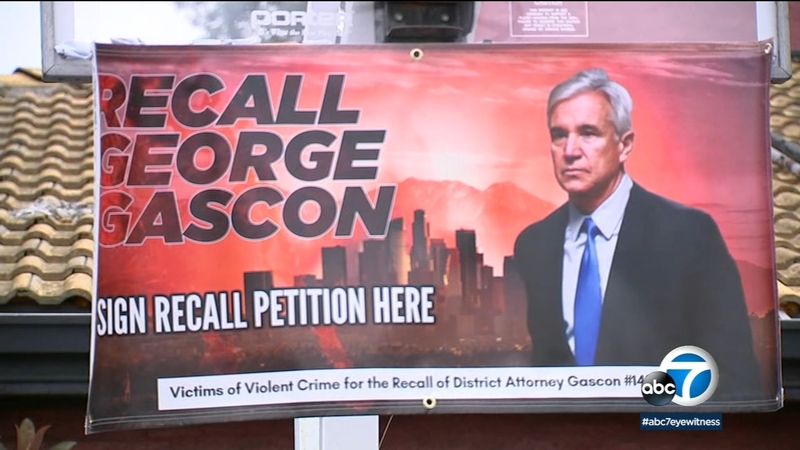 PASADENA, Calif. (KABC) -- A rally was held in Pasadena on Saturday to draw support for the recall effort against Los Angeles County District Attorney George Gascón.

The group "Victims of Violent Crime for the Recall of District Attorney Gascon," which launched their effort earlier this week, held signs accusing Gascón of supporting murderers and invited people to sign the recall petition.

Organizers blasted Gascón for caring more about criminals than the victims they left behind.

L.A. County D.A. George Gascón is facing growing efforts to remove him from office. Among those supporting the recall is Sheriff Alex Villanueva.

In an interview with Eyewitness News Friday, George Gascón blamed the recall effort on a broad conspiracy that his successful election was somehow rigged in his favor.

"We're seeing increasingly in our county that there are segments of our society that do not want to accept the results of an election," he said.

"It is what it is. It's part of the law and I support the law so we are going to work to continue to educate the public and talk about our policies and we'll deal with it accordingly."

In order to get the recall on a ballot, organizers will need to collect more than 579,000 signatures. That would represent 10% of registered voters. If successful, a recall vote could make it onto the ballot next year.