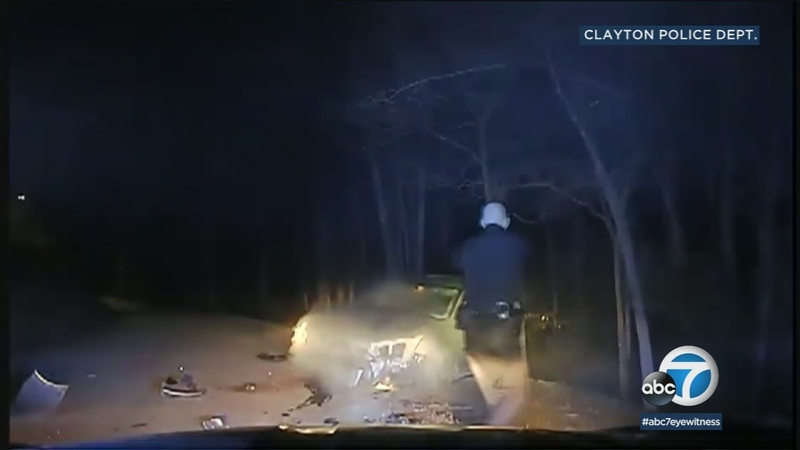 GEORGIA (KABC) -- A violent confrontation was captured on Georgia police dashcam at the end of a dangerous chase.

Authorities said a reckless driver was speeding through a Georgia town when they caught up with him. The whole chase and deadly aftermath was caught on camera.

In the video, an officer screamed commands as a man with a knife suddenly lunged. Just moments before that officer was involved in a high-speed chase with that suspect.

The car slammed into a tree and the suspect was hidden by the smoke for a moment. But seconds later, he leapt out of the window, barely missing the officer.

In slow motion, the video shows something in the man's hand as he came out swinging.

Right after that, the officer took down the suspect and fired multiple shots.