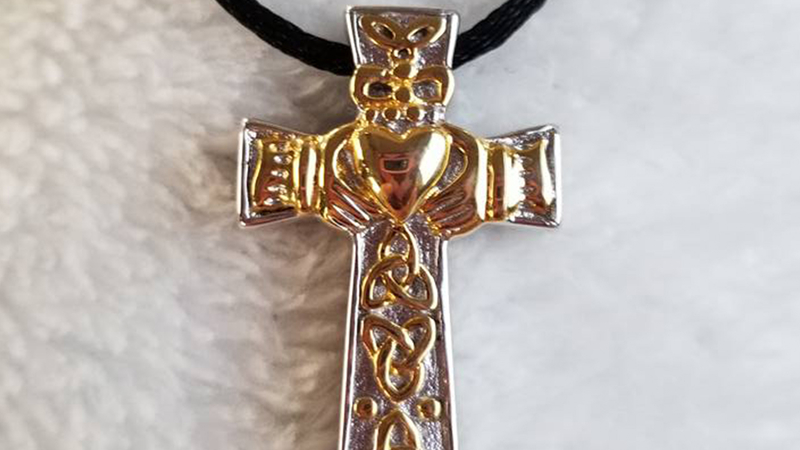 Mom loses necklace with daughter's ashes during half marathon

ORLANDO, Fla. -- A Georgia mother is searching for a treasured memory of her deceased 17- year-old daughter.

Chasity Foster misplaced a silver cross pendant necklace holding the ashes of her recently deceased daughter Shaylin while participating in the Disney Princess Half Marathon at Walt Disney World in Orlando, Florida.

Shaylin lost her life on January 10, 2018 when she was hit by another driver on her way to school. She was a high school senior who had been accepted to Georgia Southern University and had plans to major in biomechanical engineering.

Before tragedy struck, Foster and Shaylin enjoyed running races together, including the Disney princess race. After her daughter's death, Foster was unsure if she would ever participate again until her daughter's best friend convinced her to run in Shaylin's honor.

To keep her daughter's memory near, Foster decided to wear the cross during Sunday's race. In addition, Shaylin's father Chris was able to run in her spot and even wore her costume.

"I was hesitant about wearing the necklace, but I wanted to have a piece of her with me on the course, since she wasn't physically there," said Foster.

Foster believes to have lost the cherished item somewhere in the Magic Kingdom parking lot.

"I had it when we entered the entrance of the toll area of Magic Kingdom and then it was missing when we got to [the] area where princess stood," said Foster.

And although Foster has returned to her home in Georgia this beloved item is still missing.