Over 900 in Georgia district quarantine as high school shut 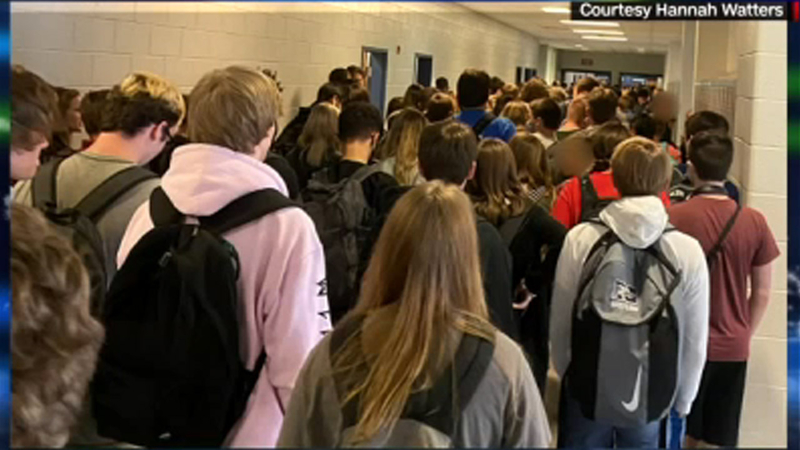 Over 900 in Georgia district quarantine as high school shut

CANTON, Ga. -- A Georgia school district has quarantined more than 900 students and staff members because of possible exposure to the coronavirus since classes resumed last week and will temporarily shut down a hard-hit high school in which a widely shared photo showed dozens of maskless students posing together.

The quarantine figures from the Cherokee County School District include at least 826 students, according to data the district posted online. Located about 30 miles (60 kilometers) north of Atlanta, the district serves more than 42,000 students and began its new school year on Aug. 3.

On Tuesday, Georgia posted its highest single-day death total yet in the pandemic at 137 fatalities, according to the state Department of Public Health. The state is currently averaging reports of more than 60 deaths each day though people may have died earlier.

Of the fatalities reported on Tuesday, Department of Public Health spokesperson Nancy Nydam said 75 occurred in August, 54 in July and eight earlier. More than 4,300 people have died overall in Georgia.

"Given the high number of COVID-19 cases confirmed at the end of July, we are, unfortunately, seeing deaths related to those cases," Nydam wrote in an email.

The state continues to average more than 3,500 new confirmed cases of coronavirus each day, with more than 222,000 infected so far.

WATCH: Does the country need a lockdown? is it safe to reopen schools? Harvard's Dr. Ashish Jha has the answers
EMBED More News Videos

Dr. Ashish Jha, director of the Harvard Global Health Institute, discusses the possible need for a U.S. lockdown and reopening schools amid the COVID-19 crisis.

The school quarantines were announced a day after Georgia Gov. Brian Kemp said that the reopening of some of the state's schools amid the coronavirus outbreak has gone well - except for the viral photos of students crowded together without masks.

The photos showed students standing shoulder to shoulder in crowded hallways at North Paulding High School northwest of Atlanta and squeezed together for first-day-of-school senior photos at two high schools in Cherokee County, including Etowah, which has had more than 300 students and staff members told to quarantine. Few students in the photos wore masks.

Democrats strongly pushed back against Kemp's assessment that school reopenings were proceeding safely, blaming him and President Donald Trump for failures.

Fifty-nine students, teachers and staff members in the Cherokee County School District have tested positive for the virus so far, he said, though it's not clear whether any of them were infected at school.

"We anticipated positive tests among students and staff could occur, which is why we put a system into place to quickly contact trace, mandate quarantines, notify parents and report cases and quarantines to the entire community," a spokeswoman for the district, Barbara Jacoby, said in an email. "We are not hesitating to quarantine students and staff who have had possible exposure to a student or staff member who has tested positive."

The quarantines have affected at least 19 schools in the district.

The district gave parents the option of sending their children to school or having them learn from home to start the year. Jacoby said about 9,600 students are learning from home.

Cherokee opened without a mask mandate for students, though staff must wear masks when they are unable to maintain social distance. Hightower urged the school community to use masks.

"We know all parents do not believe the scientific research that indicates masks are beneficial," he said in a message posted online Tuesday. "But I believe it and see masks as an important measure to help us keep schools open."

More than 80 Georgia school districts have opened or plan to open for some kind of in-person instruction by Aug. 17, according to figures kept by school reform group GeorgiaCAN.

The Georgia High School Association, meanwhile, provided WXIA-TV with an updated figure for the number of student athletes who have tested positive for the coronavirus since it allowed schools to begin summer practices in June. The number now stands at 866.

And Georgia Supreme Court Chief Justice Harold Melton extended a statewide judicial emergency through Sept. 10. That means jury trials and most grand jury proceedings remain prohibited, but his order says a task force is looking at how those proceedings could be safely held, including the possibility of holding them remotely.

"This broad prohibition cannot last too much longer, even if the pandemic continues, because the judicial system, and the criminal justice system in particular, must have some capacity to resolve cases by indictment and trial," Melton's order says.
Report a correction or typo
Related topics:
health & fitnessgeorgiaback to schoolcoronavirusu.s. & world
Copyright © 2021 by The Associated Press. All Rights Reserved.
CORONAVIRUS 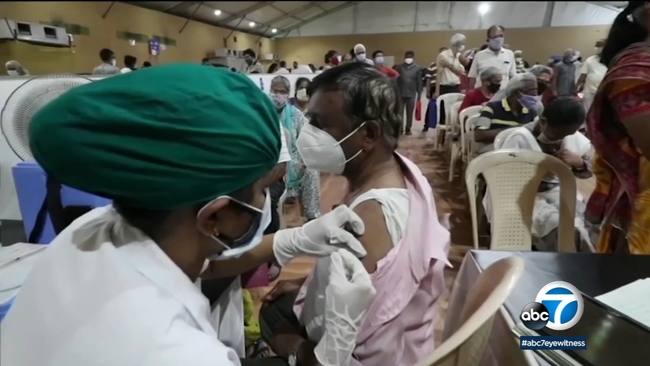