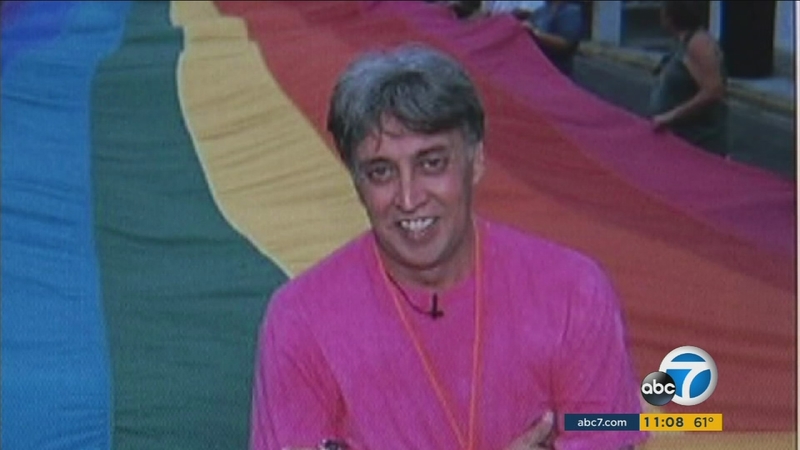 SAN FRANCISCO -- Gilbert Baker, the man who created the rainbow flag, has died.

"I am heartbroken. My dearest friend in the world is gone. Gilbert gave the world the Rainbow Flag; he gave me forty years of love and friendship. I can't stop crying. I love you forever Gilbert Baker," he wrote.


Baker was approached by San Francisco Supervisor Harvey Milk to create something that would symbolize the community and take the place of the pink triangle used decades ago by the Nazis to identify homosexuals.

Baker knew it had to be a flag.

"Flags are about power," he said. "Flags say something. You put a rainbow flag on your windshield and you're saying something."

Jones says a memorial will be held Friday night at Market and Castro streets for his dear friend.

GLBT Historical Society said Baker, a native of Kansas, lived in San Francisco from 1970 to 1994 before permanently moving to New York City.


Baker was very active in the community and donated one of the sewing machines used to create the pride flag to the GLBT Historical Society.