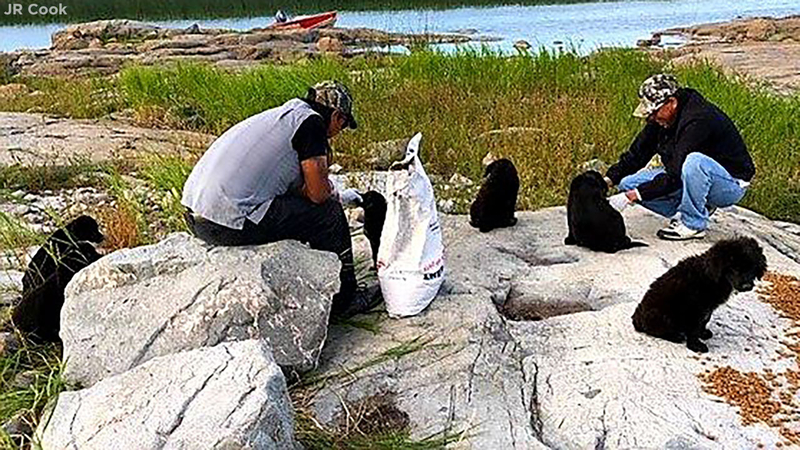 CROSS LAKE, Manitoba -- Seven puppies dubbed the Gilligan's Island Crew that were found on an uninhabited island in Canada are now safe and sound.

A boater on Cross Lake in northwestern Manitoba happened upon the dogs on Monday, July 30, according to rescue organization Norway House Animal Rescue. The boater, JR Cook, returned to the island with food, kennels and a doghouse while volunteers worked out a plan to rescue the dogs, many of whom were visibly gaunt.

Cook, his brother Bob and fellow volunteer Leon Colombe returned to the island on Wednesday, August 1, and all seven dogs were successfully rescued. In footage shot from the boat, the chorus of dogs can be heard yapping happily as the rescuers approached the small, rocky island.

NHAR later shared photos of several of the dogs and said they appeared to be doing well.

According to NHAR volunteer Lori De La Rosche, the pups were taken back to Winnipeg for medical evaluation. NHAR said it will focus on rehabilitating and socializing the dogs. They will eventually be put up for adoption.

Those wishing to make a donation to support the dogs' rehabilitation can do so by emailing Norway House Animal Rescue.