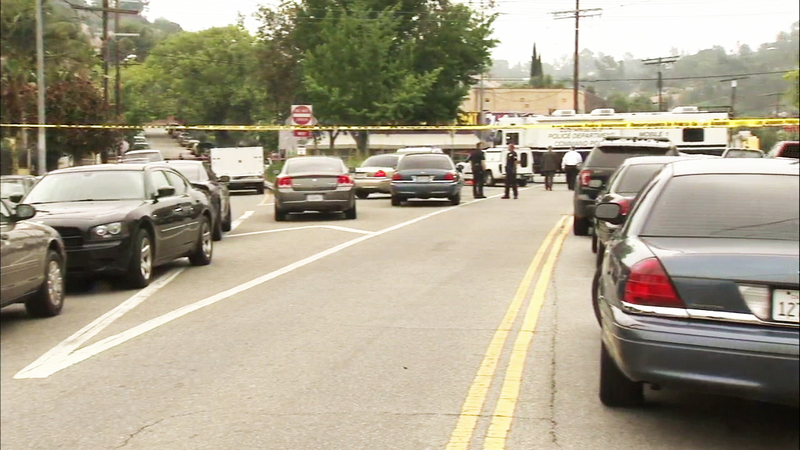 GLASSELL PARK, LOS ANGELES (KABC) -- Police are searching for a suspect after they say one person was shot in the leg in Glassell Park, and an off-duty Los Angeles police officer fired back.

The shooting happened just before 2 a.m. near Division Street and avenue 33, according to Los Angeles police.

The off-duty officer was attending a family party and heard shots fired before he or she went outside and saw a person who had been shot in the leg by someone in a vehicle. The officer then fired at the car and the suspect took off.

It was not yet unknown whether anyone in the car was struck by gunfire.