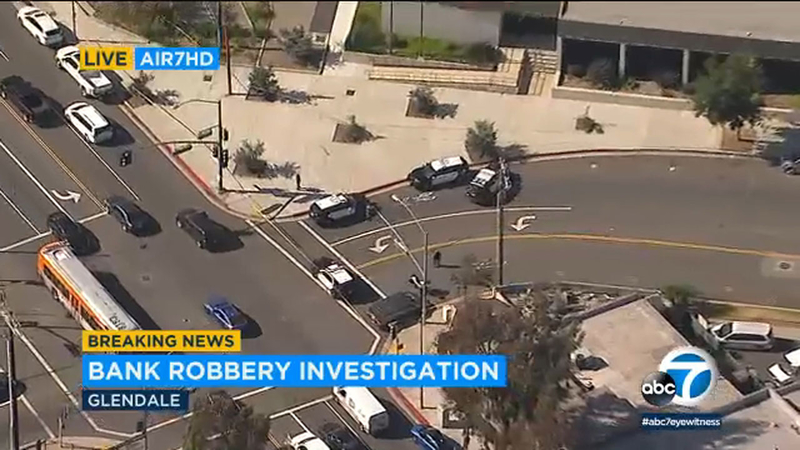 GLENDALE, Calif. (KABC) -- Two people were detained and a suspicious bag is being investigated after a robbery attempt was reported at a Bank of America in Glendale.

The robbery attempt was reported at 3:54 p.m. at the Bank of America at 3812 San Fernando Road.

Police say one suspect went inside the bank and told the teller he had a device and demanded money. The teller handed over an undisclosed amount of cash.

While that was happening, police were already detaining a second suspect outside the location. When the initial suspect left the bank, he too was taken into custody.

In the meantime, the suspect left behind a bag at the bank. Police are waiting for the Los Angeles County Sheriff's Department bomb squad to investigate the bag.