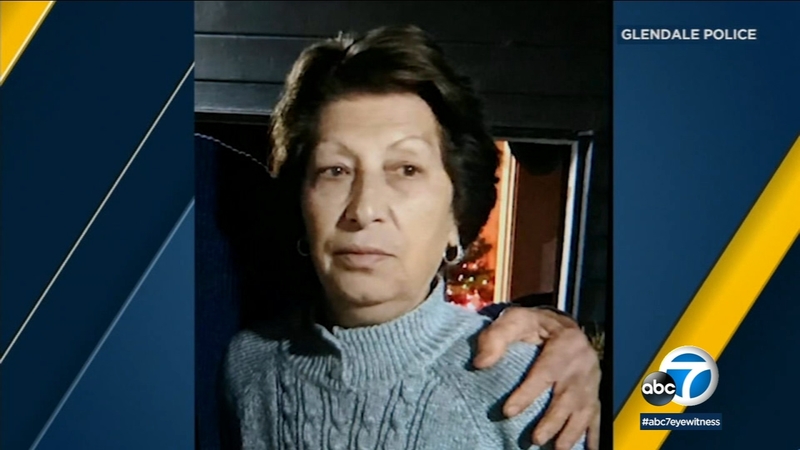 GLENDALE, Calif. (KABC) -- The city of Glendale is offering a $50,000 reward for information leading to the hit-and-run driver who killed a 72-year-old woman.

Esmailyon was hit and left to die at Lindon and Glenoaks around 7:30 p.m. Friday.

At the top right corner of the screen, you can see someone get out of the vehicle blocks from the crash site to inspect the damage.

"It looks like they are surveying their vehicle for some damage," said Sgt. Dan Suttles with the Glendale Police Department.

Witnesses describe the driver as a woman in her late 50s to early 70s.

Police are encouraging the suspect to turn herself in immediately.

"If the witness is correct and it's a 60-year-old female what we're looking at is somebody who's probably a mother, a grandmother who has a family of her own," Suttles said.