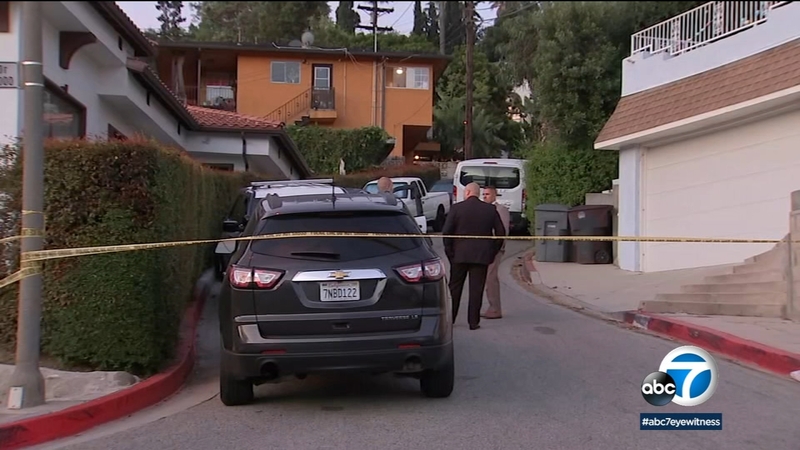 GLENDALE, Calif. (KABC) -- Three men in their 20s were found dead early Thursday morning at a home in Glendale after a report of multiple shots fired, authorities said.

The gunfire was reported at 12:17 a.m. at a residence on Columbia Drive in the Adams Hill neighborhood, prompting a response from officers who made the grim discovery, according to the Glendale Police Department.

The identities of the deceased and the official causes of death were not immediately disclosed. All of the men appear to have been shot.

Investigators believe at least one of the victims lived at the location, possibly as a renter. There was no sign of a break-in, police said.

No information about a possible suspect was released. Officers are working under the belief there is a suspect on the run, but say there is a small chance the three men are the only ones involved.

"Right now, the only individuals that we have are the three victims that are inside," police Sgt. Dan Suttles told reporters in an interview at the scene. "We have no other residents, no other witnesses."

Glendale police said there were also three dogs inside the home at the time. Two have been taken by the Pasadena Humane Society, but they don't want to take the third dog through the crime scene until it is clear.

The sergeant said it would "probably take us some time" to identify the deceased men, after which their families will be notified.

Neighbors said the man who lives inside the residence is a good father who they believe has four kids.