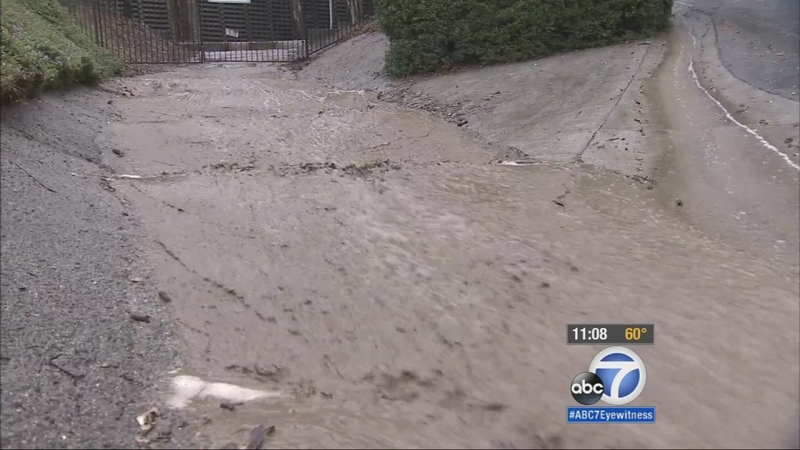 GLENDORA, Calif. (KABC) -- Residents living near the Colby Fire burn area braced for the possibility of flooding and mudslides as more rain arrived on Tuesday, but no major problems were reported by the evening.

The first strong storm of the rainy season brought light to moderate rain for the morning commute around 7 a.m. The U.S. Geological Survey recorded 1.5 inches of rain in the fire impact area.

Gutters and debris basins were at least 30 percent full, but were handling the flow. Still, crews worked into the night to clear debris and mud flow from an earlier storm in case and voluntary evacuations were in effect.

Burn areas are under a Flash Flood Watch until 6 a.m. Wednesday.

Residents placed sandbags, wood barriers and K-rails to protect properties in foothill cities northeast of Los Angeles in hopes of keeping debris flows out of homes. A surprise rainstorm two weeks ago sent torrents of debris hurtling toward houses. Glendora city officials pre-filled 12,000 sand bags to help residents prepare, and K-rails were in place to divert floodwaters away from homes.

Tuesday's storm system triggered even more flows, something L.A. County officials say they were prepared for.

"The system is up and running and the debris basins are cleaned out so that we have the ability to handle anything that is coming our way," said Bob Spencer, L.A. County Department of Public Works spokesman.

Glendora city officials raised the alert status to "yellow" for residents near the burn area Monday. The alert imposes restrictions requiring residents to remove vehicles, trash bins and other obstructions from the street to ensure emergency crews can access the area.

The Glendora alert level was raised to "orange" at 6 a.m. Tuesday, urging residents to voluntarily evacuate areas endangered by flooding and debris. Glendora Mountain Road was closed until further notice due to the storm.

"It's safer to be away from your home than at your home. It's not the steady rain that we are worried about, it's that high volume of rain in a short amount of time," Glendora Police Chief Tim Staab said.

If conditions worsen, residents were urged to shelter in place.

"That means go to the highest point in your house, stay there. If you have a single story, go to the middle of the house," said Chris Jeffers, Glendora city manager.

But making it through this storm doesn't mean clear sailing for residents. Emergency officials said it could three to five years before the hillsides once again stabilize.

An evacuation center was set up at the Crowther Teen & Family Center, 241 W. Dawson Ave. The Inland Valley Humane Society will be available at the center to offer assistance with pets. Horses can be taken to the Pomona Fairplex, 1101 W. McKinley Ave.

Sandbags were available for residents free of charge at the City Yard, 440 S. Loraine Avenue. 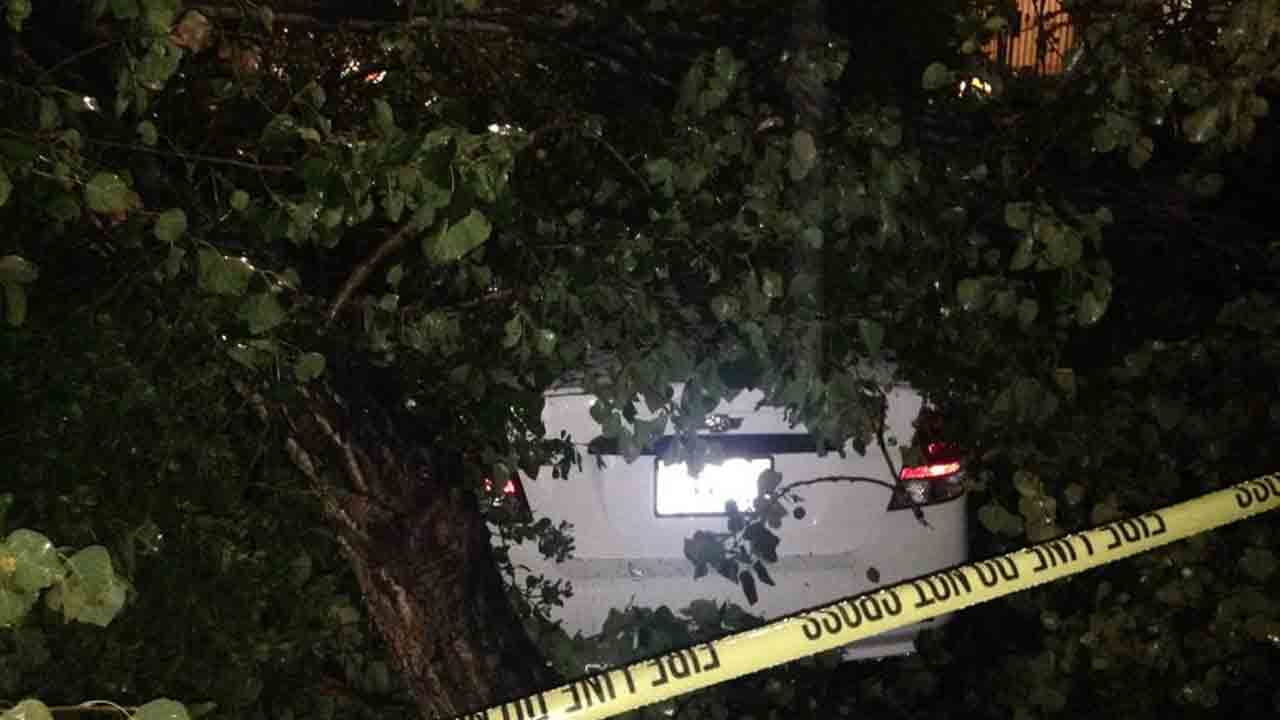 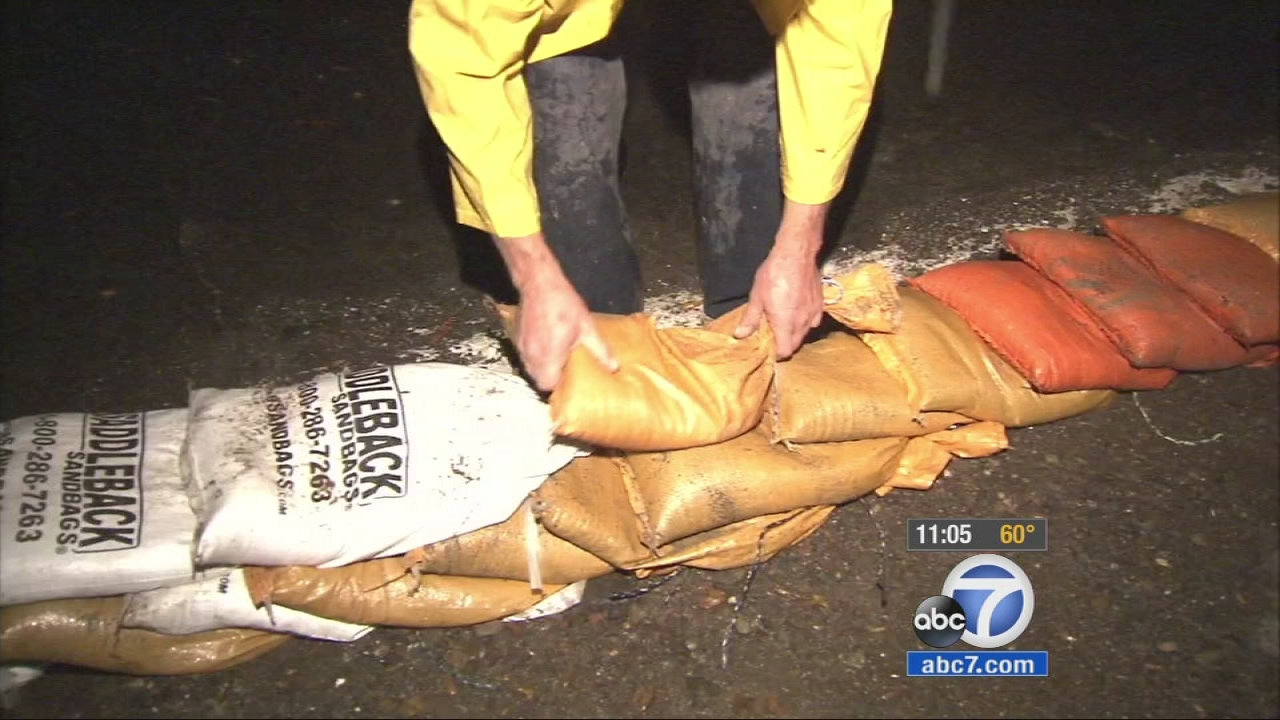 In the fire-scarred areas of Silverado Canyon in Orange County, residents were also preparing for possible mud flows. Emergency officials issued a warning to residents and even suggested voluntary evacuations for homes east of 30311 Silverado Canyon Road.