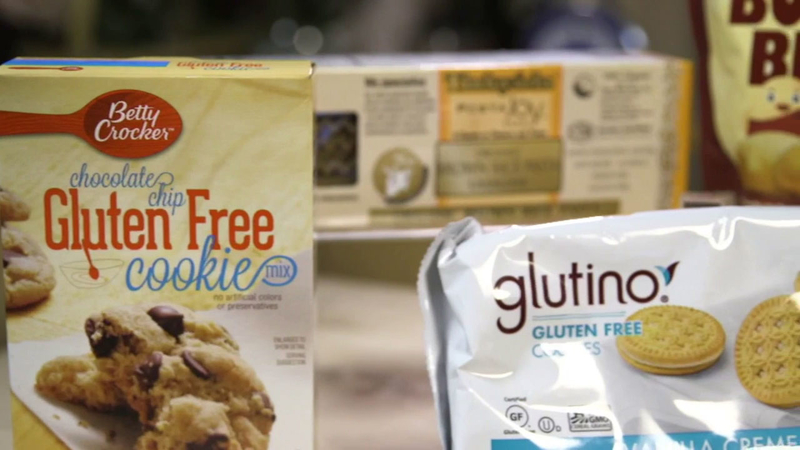 Going gluten-free is squarely in the mainstream now.

Sales of gluten-free foods have nearly tripled in recent years, as more and more people become convinced that gluten causes many health problems.

But according to Consumer Reports, just a small percentage of the population has a medical reason to avoid gluten. In fact, doing so could do more harm than good.

Gluten, a protein found in wheat, rye, and barley, has been blamed for causing problems like migraines, depression, and joint pain based on limited scientific evidence. Strong evidence does link gluten to digestive problems but only in very specific cases.

For years Brian Whalen suffered from severe stomach cramps, achiness and lethargy. He was diagnosed with celiac disease and told to eliminate gluten from his diet.

One of his first thoughts?

"Oh my God. I can't have beer and pizza anymore," Whalen said. "At first it was a difficult change. So now I have to stop think, read labels, do research."

Consumer Reports says avoiding gluten is warranted in cases like Brian's, but it's not for the vast majority of those people who are not allergic to gluten yet still avoid it.

"Less than 7 percent of Americans have celiac disease or another condition that causes gluten sensitivity, which can lead to severe digestive issues," said Catherine Roberts, Consumer Reports health editor.

For the rest of the population, unnecessarily eliminating whole grains that contain gluten can also eliminate important vitamins, minerals, and other nutrients which protect against cancer, heart disease, and type 2 diabetes.

And if the gluten-free foods are made with rice flour, as many are, research shows you could end up ingesting worrisome amounts of arsenic and mercury.

For those who need to be on gluten-free diets, you can still get the health benefits of whole grains such as quinoa, buckwheat, and amaranth. They are gluten-free and full of fiber, vitamins and minerals.
Report a correction or typo
Related topics:
health & fitnessdietingdietcircle of health
Copyright © 2022 KABC Television, LLC. All rights reserved.
CIRCLE OF HEALTH
CDC says US death toll from COVID-19 hits 1 million
COVID cases rising in US; many eligible for booster are uninterested
Mobile vaccine clinic comes to Lynwood amid effort to prevent surge
What is alopecia? Some of those living with the disease speak out
TOP STORIES
LA County moves into higher risk category as COVID cases rise
Costa Mesa man pleads guilty to disrupting Congress on Jan. 6
Dave Chappelle attacker now charged in December attempted murder case
LAUSD enrollment expected to drop 30% over next decade
911 dispatcher who took Buffalo shooting call put on leave
Wild shootout at Montebello 7-Eleven store caught on video
Kidnapped SoCal teen found in NY thanks to quick-thinking detective
Show More
7 years after woman's kidnapping, father continues to seek closure
Bicyclist killed in DTLA when man allegedly pushed him off bike
Mitchell Elementary School students welcome 2 support dogs to campus
LA allocates $28M to turn Puente Hills landfill site into park
FTC warns about baby formula scams on the rise amid shortage
More TOP STORIES News