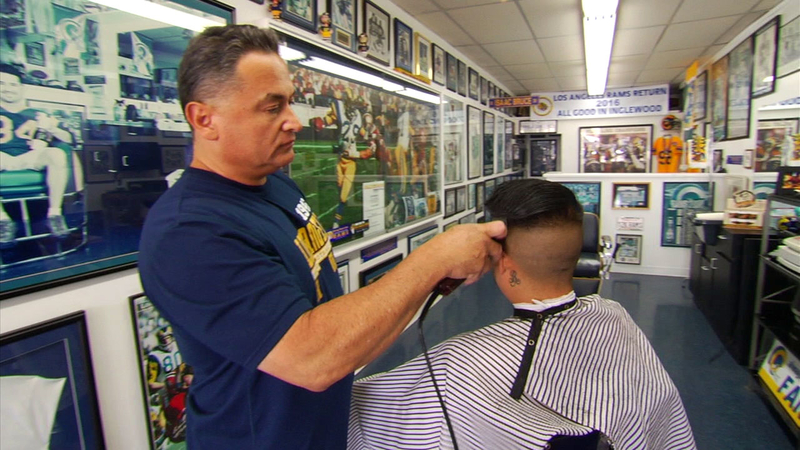 Martinez owns the Golden Ram Barber Shop in Westminster and he's definitely a cut above other super fans.

His barber shop is stacked floor to ceiling with Rams memorabilia.

"I opened up in 1994, the year the rams left," Martinez said. "I felt like the loneliest fan when the Rams left because I was putting my shop together, but I knew one day they would return and when they did it would be better than before and it is better than before."

Martinez has been cutting hair surrounded by his precious Rams treasures for 21 years. He said his love for the team started back when he was just 7 years old.

"Everything that had to do with Rams I started collecting," he explained.

The only thing greater than Martinez's collection is perhaps his optimism about the Rams.

"I don't like any negativity when the Rams are playing. If you feel the Rams are going to lose you have three and half hours, go fly a kite," he said.

Martinez said he has high hopes for the Rams and believes they're heading in the right direction.

"This is the best time in 46 years for me to be a Rams fan now," Martinez said. "Now you have the right owner the right city and the right fans."