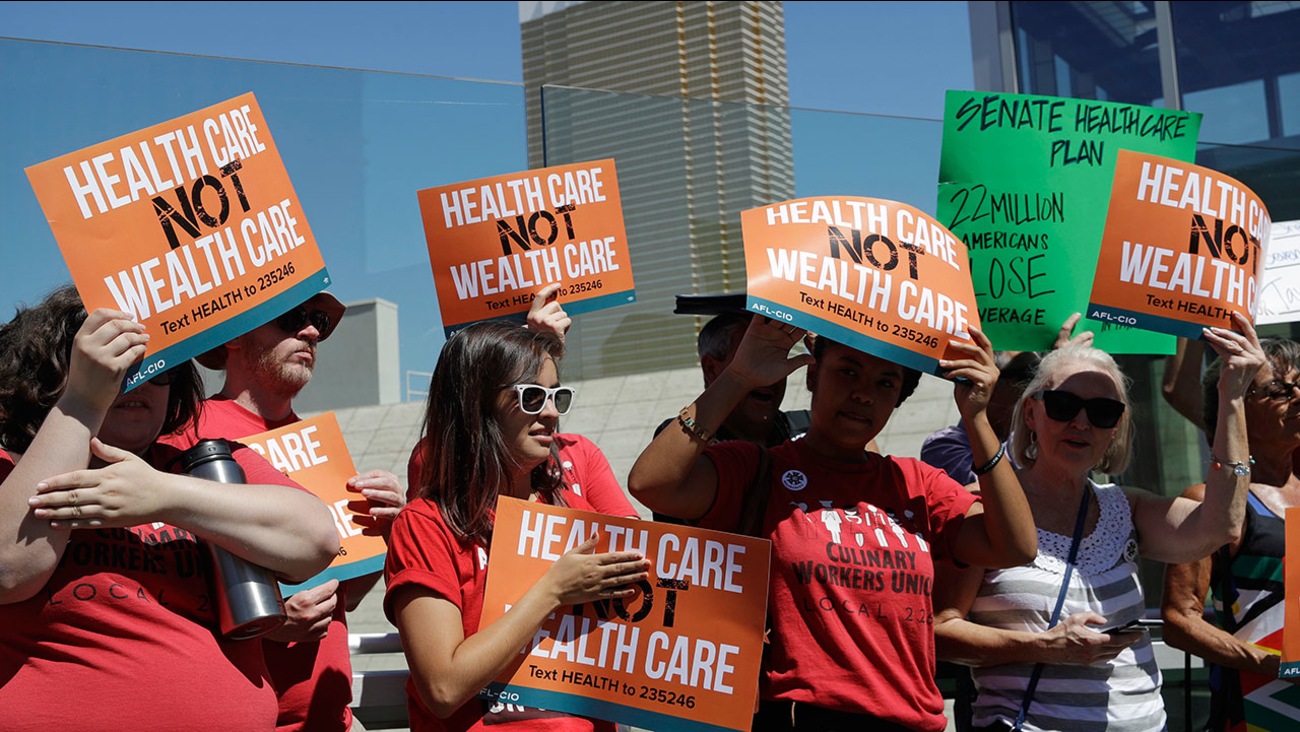 People protest with the Trump International hotel in the background, Tuesday, June 27, 2017, in Las Vegas. (AP)

WASHINGTON -- In a bruising setback, Senate Republican leaders are delaying a vote on their prized health care bill until after the July 4 recess, forced to retreat by a GOP rebellion that left them lacking enough votes to even begin debating the legislation, two sources said Tuesday.

Senate Majority Leader Mitch McConnell, R-Ky., delivered the message to GOP senators at a private lunch attended by Vice President Mike Pence and White House chief of staff Reince Priebus. The decision was described by a Republican aide and another informed person who spoke on condition of anonymity because they were not authorized to speak publicly about the closed-door decision.

All GOP senators were planning to travel to the White House later Tuesday to meet with President Donald Trump, one source said.

McConnell had hoped to push the measure through his chamber by this week's end, before an Independence Day recess that party leaders fear will be used by foes of the legislation to tear away support.