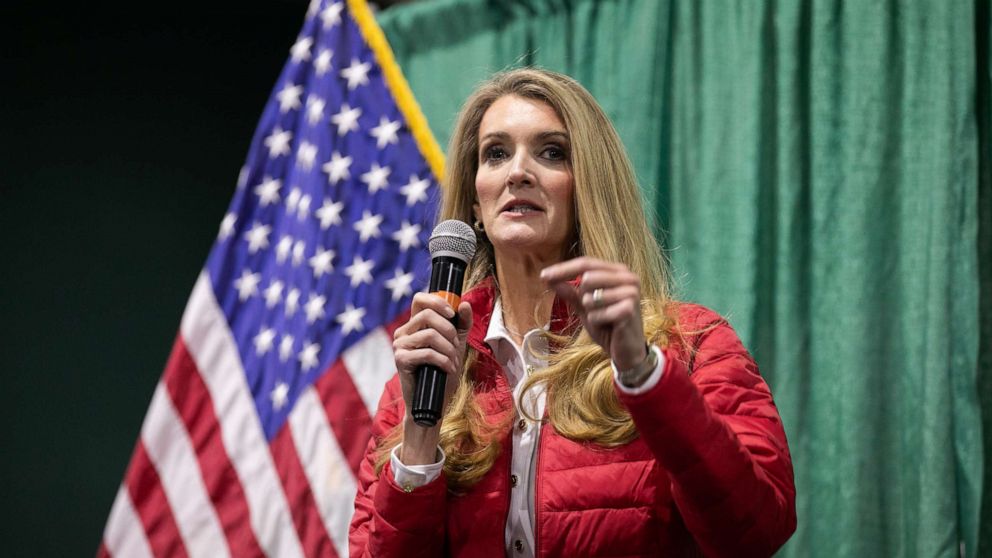 GOP Sen. Kelly Loeffler, locked in a runoff battle in Georgia that could determine control of the Senate, has tested positive for COVID-19.

Loeffler's spokesperson said she tested positive for the virus on Friday night, but a follow-up test on Saturday came back inconclusive. She is isolating as a precaution "until retesting is conclusive." She passed two rapid COVID tests on Friday morning before starting a day of campaigning, but found out at night she had tested positive in a PCR test, which generate fewer false positives or false negatives.

"Senator Loeffler took two COVID tests on Friday morning. Her rapid test results were negative and she was cleared to attend Friday's events," campaign spokesperson Stephen Lawson said late Saturday. "She was informed later in the evening after public events on Friday that her PCR test came back positive, but she was retested Saturday morning after conferring with medical officials and those results came back inconclusive on Saturday evening.

"Senator Loeffler followed CDC guidelines by notifying those with whom she had sustained direct contact while she awaits further test results."

She is not suffering any symptoms, Lawson said.

The runoff will take place on Jan. 5.

With Democrats, and two left-leaning independents, holding 48 seats, and Republicans holding 50 seats, the two Georgia seats could determine the balance of the Senate in President-elect Biden's first years in office. Vice president-elect Kamala Harris would cast a deciding vote in any 50-50 ties.

Loeffler, who has painted herself as a strong ally of President Donald Trump, is running against Rev. Raphael Warnock. The Democrat is the reverend at Ebenezer Baptist Church in Atlanta, Martin Luther King Jr.'s one-time congregation.

Perdue is running against Democrat Jon Ossoff, who, at 33, would become the youngest member of the Senate by seven years. It's not clear when Perdue was last tested.

Loeffler's positive test also comes exactly one week after she appeared in a campaign event with Florida Sen. Rick Scott. The pair appeared in a crowded sports bar with hundreds of fans and very few wearing masks, including the candidate. Scott tested positive for COVID days later.

She is the third GOP senator to go into isolation over a positive test, following Scott and Iowa Sen. Chuck Grassley.

Loeffler, who took office in January when she was named to replace retiring Sen. Johnny Isakson, tested negative for the virus in late October when two of her staffers tested positive.