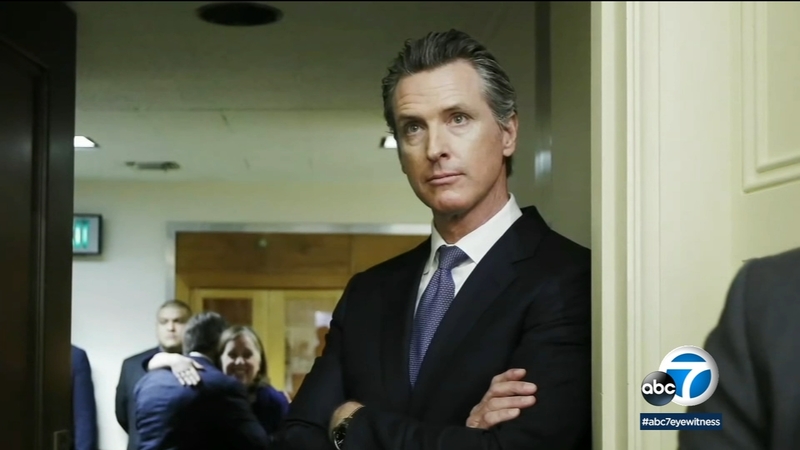 Republicans lining up to run against Newsom

The perils of the pandemic have left many Californians hurting and looking for someone to blame. Increasingly that blame is being directed toward Gov. Gavin Newsom.

"Gavin Newsom is the chief executive officer of the state of California as the governor. It is his responsibility to provide for the health safety and welfare of every Californian in good times and bad times and that includes during times of a pandemic. He is way over his head. He has failed miserably," said Randy Economy, a senior advisor for Recall Gavin 2020.

The fifth recall effort of Newsom is underway and this one has the greatest chance of resulting in a special election that would be held this summer.

Republicans are jumping at the chance to face Newsom then or in 2022, including former San Diego Mayor Kevin Faulconer. The Republican held his first campaign event at a public school in San Pedro on Tuesday, saying the school should be filled with students.

"You have to have a process that is based on science," Faulconer said. "That's not what we have seen."

"Case in point: Shutting down outdoor dining with absolutely no science that it continued to the spread of outdoor transmission. And when the government came out months ago and banned kids and families from going outdoors to the playground. No science behind it."

In a statement, Newsom's office went after Faulconer saying he "isn't the first Trump supporter running for governor, but he is the first former lobbyist who bungled a local pandemic and homeless crisis."

Republican businessman John Cox, who lost to Newsom in 2018, says he'll run for governor again if a recall election is held, as will Mike Cernovich, a far-right social-media personality.